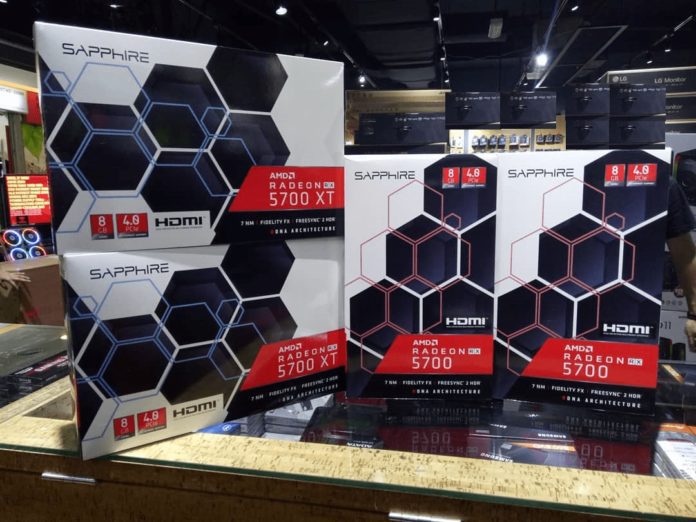 AMD’s Radeon RX 5700 and 5700 XT may have been overshadowed by the simultaneous launch of the Ryzen 3000 processors, but that doesn’t mean these GPUs are any less competitive. For the first time in years, AMD is challenging NVIDIA with equally competitive products. The RX 5700 directly competes with the GeForce RTX 2060 Super while the 5700 XT tackles both the RTX 2070 as well as the 2070 Super, all the while costing a good $50-100 less.

At our retailer of choice, MDComputers, the Sapphire Radeon RX 5700 is priced at approximately 32K INR. In contrast, NVIDIA’s GeForce RTX 2060 Super which performs identically starts at 34.5K INR. So as long as the pricing isn’t adjusted, we recommend sticking with the Navi part. It’s one of the best GPUs for 1440p gaming, and I reckon they’ll come with ample overclocking headroom. You can buy it here.

The RX 5700 XT costs almost the same as the RTX 2060 Super but performs in the same range as the much more expensive RTX 2070 Super. There’s a delta of almost 10K INR, while the performance deficit is less than 20%. You can use this GPU for 1440p Ultra-75FPS gaming or 4K High-60FPS, and looking at reviews, it shouldn’t be a problem at either resolution. To buy it, head on here.

NVIDIA’s RTX Super cards are set to launch in the next 24 hours or so, and if team green doesn’t cut the costs, we’ll have to recommend steering away from their GPUs, as the price-performance ratio is much better with Navi. Cheers!