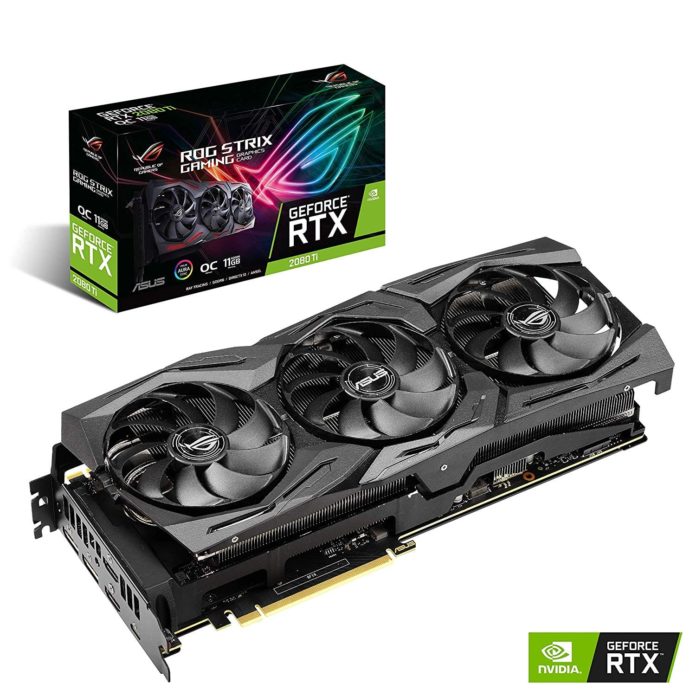 We’ve tested all of NVIDIA’s RTX 20 series cards as well as AMD’s Radeon RX 5700 series GPUs. The only exception was the flagship RTX 2080 Ti, mainly because it costs a fortune and only a very small percentage of gamers can actually afford it. Today, we’ll be checking out the ASUS Strix GeForce RTX 2080 Ti which costs a rather lofty 1,24,000 INR (approx) in India with the price hovering above $1,000 in the US. At the end of the review, we’ll tell you whether the 2080 Ti is worth the big bucks or like us should you just pretend it doesn’t exist.

Yes, even the mighty RTX 2080 Ti fails to touch the 60 FPS mark at 4K ultra in certain titles. However, it is the only GPU that manages to get within a striking distance of the figure. With 50 FPS in Metro Exodus and 48 in Ghost Recon: Wildlands, it’s the only card that delivers playable performance at 4K Ultra in these titles. Granted you can drop a few settings, but that’ll also take away your bragging rights and a good chunk of your fat ego.

On testing the ray-tracing chops of the RTX king in 4A’s Metro Exodus, we once again conclude that the Turing flagship is once again the only graphics card capable of consistent 50+FPS. Both the 2080 Super and 2070 Super fall short by a notable margin. Then again, dropping down to the high preset does deliver asolid 60 FPS without a major reduction in visual fidelity. The law of diminishing returns? Nah, this is just the result of zero competition in the ultra enthusiast graphics card space.

Under stock conditions, the RTX 2080 Ti stays below 80 degrees, but once you crank up the core offset and memory, the GPU heats up considerably.

The thermals soar up to 85 degrees at max load at which point, the TDP cap kicks in restricting the clocks from going any further. There’s also a mild voltage limitation, but it’s mainly the power that’s the cause for the bottleneck. I reckon with some BIOS mods (under liquid cooling), this card can be pushed even higher but that’s for another day.

We tested the overclocked ASUS Strix RTX 2080 Ti and were pleased to see a healthy 10-15% FPS boost across most titles. Deus Ex gained the most with a 10 FPS uplift. The rest of the titles were boosted by 6-7 FPS. This is quite impressive considering that the GPU runs into a hard power and temperature celing when overclocked.

Verdict: You Got 100K Lying Around Somewhere

If the GeForce RTX 2080 Ti was priced at the same point as the GTX 1080 Ti or even slightly higher, then I’d instantly recommend it. In this case, it’s not really about whether we’re recommending it or not. How many people can afford to spend over a lakh just on the GPU? Very few. But then again, considering that the Founders’ Edition costs 100K+ INR, you can’t really blame Asus for charging 124K for what is a much more superior iteration of the TU102 die.