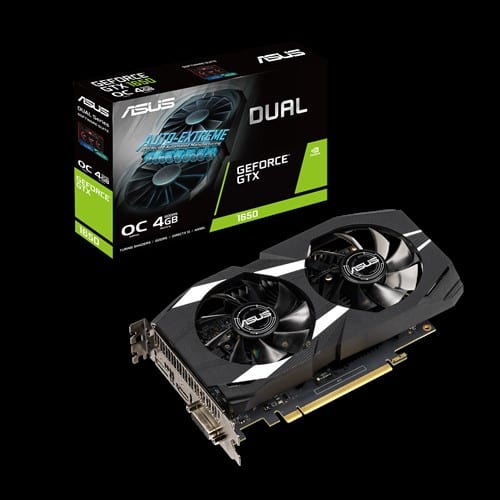 ASUS is well known for its gaming series laptops. Its Republic of Gamers(ROG), The Ultimate Force(TUF) series of laptops are a great deal for gamers who buy the products for the performance. Apart from laptops, the company’s Phoenix lineup is one of the best in terms of the graphics cards.

With the new ROG Strix, gamers can manually fine-tune the settings using the GPU Tweak software. The solution to the heating problem is solved by using Direct CU II heating pipes which carry the heat to a fin array where it is cooled down by 2 Axial-Tech fans. A special Automated process that uses premium components is used to enhance the reliability. The newly released card should provide a satisfactory experience for users.

ASUS explains that the new TUF Gaming graphics cards Geforce GTX 1650 with GDDR6 memory are built for optimal cooling without sacrificing durability. The Graphics cards are still being built using Auto-Extreme Technology that prevents PCB flex which is protected by a rigid backplate and packs fans that contain “space-grade lubricant” and is sealed to IP5X standards. For ensuring compatibility with the latest TUF components various validation tests were performed. This would be an appropriate system for gamers to upgrade to.

ASUS’s Phoenix Lineup is ideal for smaller gaming PCs by featuring the compact Designs for a 2x longer lifespan. Since smaller designs require less space so the cooling is done by the Axial Fans and The Space Grade Lubricant. The Phoenix Lineup Graphics cards generally deal with the Frames per Second with High Refresh Rates providing a much smoother gaming experience in PC gaming. Gamers who are thinking to update their GPUs can consider it for a better experience.

With this card, ASUS aims to make yet another milestone in the gaming industry which they have been ruling for quite some time now. NVIDIA’s GTX 1650 cards have consistently performed really well in the budget GPU segment. With an increased (and more efficient) memory bandwidth, the ASUS GTX 1650 series seems to provide some great value now.