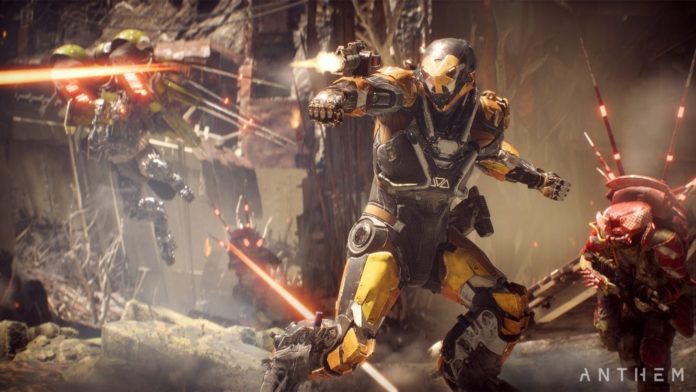 When Anthem burst onto the scene in Feburary 2019, it received mixed praise, largely due to several technical aspects that were picked up, such as the grinding system and controls for flight and combat. However, believe it or not, the game was originally slated to have a 10 year life span filled with post launch content, which sounds like the status quo for games in this day and age. On the other hand, however, there have been a anumber of problems with executing this vision. In addition to the game’s systemic problems, there is a lack of communication from BioWare, and when you add these two to a slowly but surely dwindling player base, maintaing that kind of schedule sounds less and less likely. The cincher? The talks about the game’s shifting development team makes everything seem extremely unlikely.

In recent weeks, three key members of Anthem’s lead development team have left the project. These members include Mark Darrah (the executive producer), Michael Gamble (the lead producer), and Jonathan Warner (the lead director), who, despite leaving the game, intends to return to work on the game in the future, albeit in an unspecified amount of time. The reason for this shuffle seems to be related to Dragon Age 4, as this tweet seems to indicate.

Now, while it is fairly standard practice for leads to move on to other projects once a game has launched, particularly when there are other high-profile games in the pipeline, Anthem is not exactly a normal release. The game feels like it needs majority of BioWare’s resources devoted to it in order to see a complete release. What makes it weirder is that Anthem’s old leads are not leaving to work on another entry into the franchise – they’re going to Dragon Age, which is a completely different series. If the ultimate aim of Anthem is to have a game that can effectively compete with games like Destiny and The Division, you want to see the same kind of manpower being thrown at it as we see from Massive and Bungie. But at least on the surface, that does not appear to be happening (even though there is someone left in charge)

When asked about the game, Gamble confirmed that Lead Producer Ben Irving, as well as Head of Live Service Chad Robertson would be the ones working on the game’s post-launch cycle, and hopefully steering it into a better future than what its initial launch period saw. Meanwhile, Dragon Age 4 is being built up as a second attempt at a live-service game from BioWare.  It’s unlikely we’ll be hearing anything soon from that title, however, so the best we can hope for is that Anthem experiences some sort of resurgence in quality.