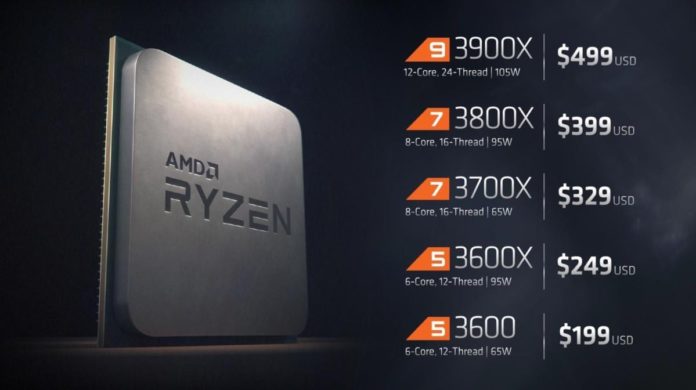 We already know from benchmarks that the Ryzen 3000 lineup is going to kick Coffee Lake’s butt, but there’s still a dearth of real-world tests. So, we compared the Ryzen 5 3600 with Intel’s Core i5-9600K on UserBench, one of the few synthetic tests that give a fairly clear picture of a product’s real-world performance relative to their competitors. And here are the results:

And would you look at that? The 3600 is actually a bit faster than the Core i5-9600K in the gaming test, with an effective “real world” advantage of 2%. Now, this may not sound like much but we’re mainly talking about sequential, linear threaded tasks here. If we shift to multi-threaded workloads, the Zen 2 chips gain a massive lead:

As you can see, the single-core performance is more or less the same, mainly due to the i5 being clocked higher, but I suppose overclocked 3600s should take care of that. Keep in mind that all of AMD’s processors are unlocked for overclocking, unlike Intel’s where only the K variants can be properly OC’d. The multi-core speed is 30-40% higher in case of the Ryzen 3 3600. The Core i5 shows slightly higher overclocked performance as there aren’t many OC’d Zen 2 chips in the Userbench database.

Now let’s have a look at the price, shall we? The Ryzen 5 3600 will cost $199 at the time of launch, while the Core i5-9600K retails for $229, with a possible price-cut on the way. It’s highly likely that by the time AMD’s new launch, the prices of their competitors will be reduced to make them more competitive. However, despite costing the same, the Ryzen 3000 is quite a bit faster than Intel’s 9th Gen Coffee Lake lineup. Until Intel’s Ice Lake chips hit the desktop market next year, AMD will probably have gouged out a major part of Intel’s market share.