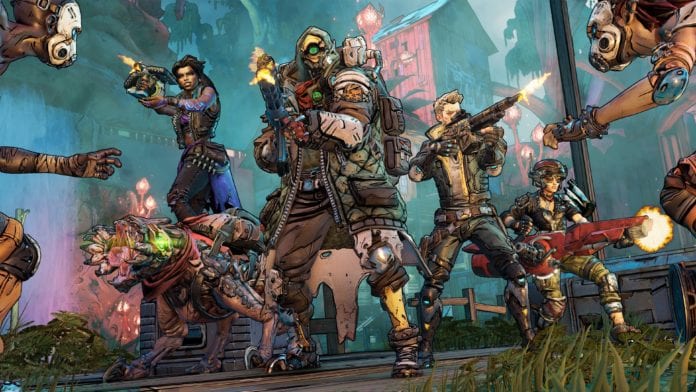 Some exciting new details have emerged regarding the 2K Games’ E3 2021 showcase. With rumours and leaks abound, we recommend not reading further in the interest of staying away from spoilers.

Verified by prominent games journalist Jason Schreier, a poster on Reddit seems to have an in on the inner happenings of the company.

According to the leak, and Schreier, 2K is set to announce a new game in the critically acclaimed Borderlands Franchise, with a new spin-off game expected to be announced.

2K also copyrighted the name “Wonderlands” sometime prior to this, which is also expected to feature in the announcement in some form or the other. Developer Gearbox Studios also confirmed a new instalment in the franchise was in development and would publish “before 2022”.

A new game based on the Marvel Superheroes Property is also said to be announced in E3, with developer Firaxis of Civilisation and XCOM fame working on the project. the game is said to be “XCOM with Marvel Heroes”.

Not everything 2K are said to announce is based on previously existing property, as the studio is also set to announce a new action game at E3, whose logo seems to be a cross between Cthulhu and Saints Row.

New Game From Mafia Developer, and Updates on NBA 2K22

Mafia 3 developer Hangar 13 are said to be developing the game, based on an earlier leaked contract which revealed that the studio was working on a new sci-fi, supernatural game.

Changing gears into the sports domain, former Dallas Mavericks legend Dirk Nowitzki is set to be the cover star in a new NBA legend Edition. Other 2K properties, like WWE 2K series are also set to release games this year, thus having decent chances to appear in the E3 showcase.

2K Games will have two different showcases during E3 2021, with the Gearbox showcase set for June 12 and a Take-Two showcase on June 14.