13 Reasons Why (Season 1) Review : Another YA drama or Something More ?

Netflix has been surprising its viewers with surprisingly innovative ideas in form of on-demand video services ever since it launched. Starting with the critically acclaimed House of Cards, Orange is The New Black, and most recently Stranger Things. These shows have attained insane popularity, especially due to its online hype.

The latest of these offerings is 13 Reasons Why, an adaptation of the 2007 young-adult novel of the same name. Initially conceived as a film produced by Universal Pictures starring Selena Gomez (now executive producer of the show), the show made its move to Netflix, with Paramount co-producing, as the show was to manage the storyline of the book while at the same time adding to it.

The show follows Clay Jensen, a high school student who receives a series of tapes recorded by his former crush Hannah Baker, another student who took her own life a few weeks ago. In the tapes, she mentions 13 people and the reasons associated with them which led to this tragic incident. Clay after starting to listen to these tapes gets anxious about how he could have played into all of this.

Each tape has 2 sides to it, and each side has one specific story to tell. Like any other teenage drama before it, the show does have a few clichéd beats. The main players of the story are well rounded in terms of casting, although some of them due fall into plot points which would be predicted if you’ve seen enough of the genre. Each tape builds upon the last one, and as Hannah says it herself on the show, it’s these events which build on top of each other, driving her over the edge, so to speak. 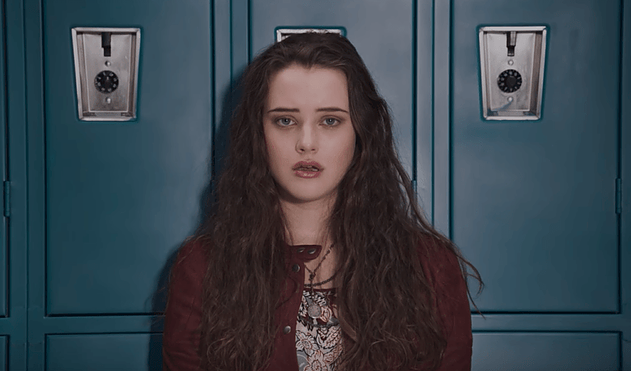 13 Reasons Why deals with many risky subjects, such as suicide and bullying among others, and does a well enough job at it. None of the actions of its characters are romanticized in any way, as one might expect them to be. They are shown in the most realistic way possible. The main theme can be seen as how one’s actions can have devastating consequences, regardless of whether those actions were well-intentioned or not.

Now, the show does have a certain flair for drama, and realistic drama for what it’s worth. This intricate tale of how the lives of some certain individuals interfere with someone else’s is thought-provoking. High school dramas seldom find it within themselves to actually commit to and answer the questions asked by the society, and especially with the subject matter being so delicate, it never shies away from the reality that the show presents.

The obvious fallout from this is how the other students react to it. Everyone on the tapes has heard it all, with Clay being the last person to be handed the tapes. It turns out that there exists a second version of the tapes, and should it happen that the set hasn’t made the full round of the people mentioned in it, the second set will be publicly revealed by a trusted individual of Hannah’s. 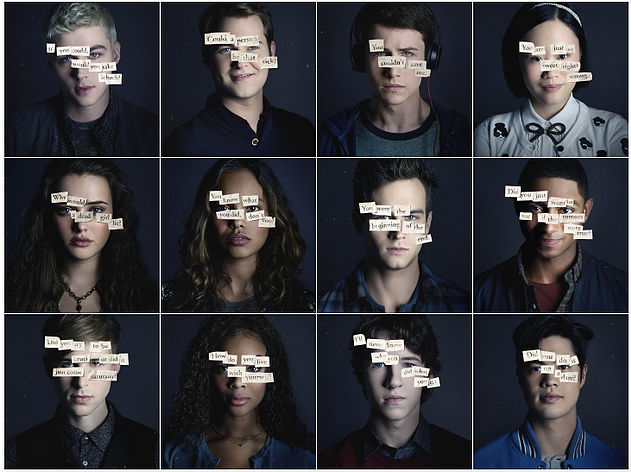 All of the people who have listened to the tapes start to make up their own versions, choosing to believe what they did had nothing to do with Hannah, as anyone in a real scenario would probably do. And these allegations only turn to play around themselves as there is no way for them to prove if Hannah is lying. Following this are the interesting encounters between said characters, with each trying to fit in with the others with a unifying cause : to prove that they are as guilty as everyone must think they are.

The main drive of the show, without a doubt, is Clay and Hannah’s relationship, and how now listening to these tapes has started to affect Clay and his surroundings. The story is presented in a dual narrative tone, showing Hannah’s version of events as of they are unfolding right in front of Clay’s eyes. Dylan Minnette’s performance as Clay shines through and through, as does Katherine Langford’s as Hannah Baker. They are the breakout stars of the series and seem to bring out the characters from the book in the best way possible.

Rounding out the rest of the cast are some up and coming newcomers, given they all more or less started their careers within the last couple of years. Their acting abilities are commendable, helping to sustain the idea that the people who we see on the show are real people, with real problems.

Helping sell the tension-filled atmosphere of the show is a carefully chosen soundtrack, and while this point might feel like thinking too much of the little details, it’s these little details that count. The songs add to what the characters must be feeling in time as tragic and horrifying as this, and easily helps in projecting what they must be feeling onto the viewer.

The show has received some flak for its raw depiction of violence, but considering that it plays into the story, it probably is better off with it. To tackle the heavy topics that the show does, it is necessary to actually show what it looks like, rather than mere implications. Especially with such stories of depression, bullying, physical abuse, and suicide making their way into daily news in our lives, it seems to fit appropriately so as to address, or at the very least, apprise people of these happenings. The writing also handles the unexpected humor of the show, seeing as it is set in such a disturbing environment. But humor only works when it is natural, in line with the characters, and in this case it surely does.

As for the visuals and the direction of the show, suffice it to say that they only add to the already brilliant writing. Joining the talented list of directors is Tom McCarthy (of Spotlight fame) and a host of other lesser-known directors, although it seems that this series might help them launch into a more mainstream role in Hollywood, as their work is sure to be noticed.

One question viewers might find themselves asking is whether the show manages to adapt the book properly, and judging from the response it has gotten, it seems that it has propelled the story of the book forward by a long shot. Even author Jay Asher himself has expressed interest in the way his story has been told, and from the looks of it he is among many who want another season to fully comprehend the consequences of this event.

Viewers fearing that the show might stray far from the topic at hand need not to worry, as the show never does that, unlike as many others before it have. It tackles the issues that it presents head-on, and while the ending may feel like it is open-ended, it really is not when you stop to think about it. You can make up your own version of the conclusion with respect to some events, much like Hannah’s perpetrators did.

In the end, it manages to speak out the message it intended to deliver, that actions have consequences. It is a brutally honest drama, with moments of levity peppered throughout, though not at the cost of the story and its characters. It provides a satisfying conclusion to the mystery of Hannah Baker’s death, and more than makes up for the loose ends it leaves with an arguably open-ended conclusion should Netflix decide to order another season.

What did you think of the show? Do you think it lived up to the expectations set upon it by the book before it, or did it improve upon it? Let us know in the comments below!

13 Reasons Why is available in its entirety on Netflix. You can check it out here

18+ Adult Movies Of All Time To Fulfill All Your Sexual Fantasies| Lolita, Exotica and More

Here's a titillating list of 18+ adult movies of all time which will cater to all your fantasy and movie want!

Riot Games has just revealed a new agent coming to Valorant in the next patch - KAY/O. Some details about the Battle Pass have...

NVIDIA's DLSS technology is a gift that keeps on giving. The image upscaling process was recently added to Rainbow Six Siege along with other games, but what seems to have gone under the radar is that it was DLSS 2.2, the latest iteration of the technology which aims to greatly improve image quality.

Card games have reigned as a source of entertainment for centuries. Since their inception, they have grown in popularity exponentially. In no time, they...