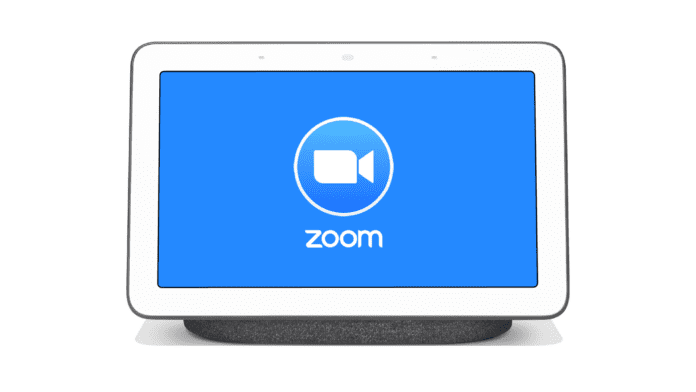 Zoom, the video conferencing app, has become extremely popular during the pandemic. Now, it is all set to be featured on Google Nest Hub Max, Amazon Echo and Facebook Portal. These devices will soon be able to let users use Zoom on their devices.

It has been reported that the app will be made available on Facebook Portal on the month of September itself and the rest of the devices will be able to have the feature available for users by the end of the year 2020. Google announced that the addition of Zoom will be “one more option to use the video calling service of your choice”.

The feature will be made available for all users, free and paid. All they have to say is “Hey Google, join my next meeting” and Google will soon find out from your synced calendar the details of your meeting and help you join it.

This feature sounds like a pretty useful one, considering AI is doing almost everything to make it easier for us to work and even learn from home.
Zoom’s expansion has been under the limelight ever since it announced Zoom for Home, a platform with its own licensed hardware.

The video conferencing app being added to these platforms will work as a boon for users since it is meant to facilitate the whole work from home experience. This is a huge step as getting together with Google, Amazon and Facebook will prove to be beneficial.

As we all know, Google, Amazon and Facebook have their independent video chat and conferencing solutions, so the fact that the app is getting to work through these platforms reflect highly on the video conferencing app.

In the case of Google, users will be relying to access Zoom on the Google devices by needing to have their calendars synced, from which it will provide information to Google that will help a user join a meeting on Zoom.

Users of Amazon Alexa will also be having the same feature of being synced with the calenders and will not need to manually fill in with meeting ID or password. Zoom on Alexa will support voice controls too.