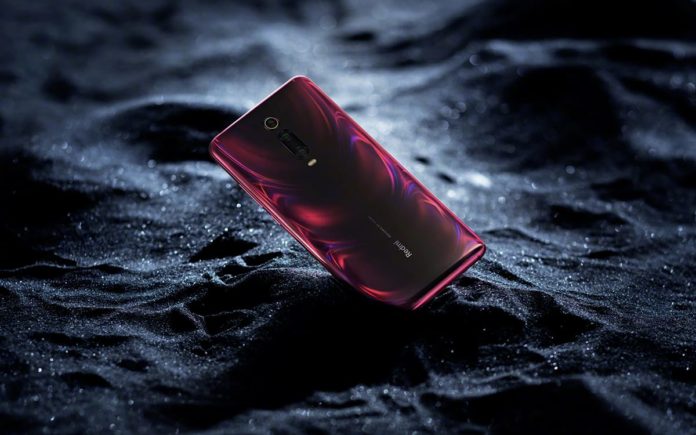 It’s true. When Xiaomi launched the Redmi K20 Pro in India, the price seemed a tad bit exaggerated for what the phone had to offer. It definitely wasn’t the bolus value proposition we were used to getting from Xiaomi. However, the recent price cut has definitely rekindled interest in this spectacular faux flagship. If you’re looking to buy yourself a K20 Pro I’d guarantee that you’ll be be able to find a million reviews on the internet that will give you your fix of information. What you’ll not find however, is an in-depth camera review for photography nerds like you and me. Look no further!

Listen up, this is pretty important. I’m quite harsh whilst judging camera performance. Don’t expect me to sugar coat certain facts on the pretext of the phone’s price bracket. Be it a 7000 INR or a 70,000 INR phone camera, it’s all the same to me. However, I will be allegorically relating to other phones to help you relate to this review in a better manner. Since the K20 Pro has a combination of three lenses (wide-angle, telephoto, and a primary) I’ll be splitting each lighting scenario into three sections/paragraphs for you to better assess the picture samples.

What gets me quite annoyed is the fact that there is no degree of consistency of output in terms of colors or even dynamic range from these lenses, making it quite a herculean task to individually audit the samples. So, strap in for a quite a long ride!

The IMX 586 does some passable work in this lighting scenario. Obviously the output is some serious horse-piss without HDR on, hence I left it on for the entire duration of my testing period. Pictures look warm and saturated, biasing towards a more yellowish tint during post processing. Dynamic range is weak point for the K20 Pro but its not something that can be branded as a flaw. Nothing a little Snapseed can’t solve. What I have noticed however is that the K20 Pro has a penchant to overexpose by just a bit and at the same time picks up a lot of yellow cast before churning out the final output.

It’s highly unlikely that the average consumer will be able to make out these subtleties however, and for the most part these pictures look quite pleasurable to the untrained eye. Xiaomi does need to change one thing though. The K20’s stock metering algorithm is a hit or miss and struggles with strong light sources in the background. This results in a rather underexposed foreground with almost washed out details, sort of like this.

Under this particular lighting scenario, both of these shooters churn out similar images that are plagued by niggles similar to the primary sensor. The Wide-angle offers quite a fresh perspective in contrast to the primary lens and that’s a welcome addition in my opinion. However, the anti-distortion algorithm that Xiaomi has built in renders 1 in every 3 pictures unusable. The distortion creeps onto the focused subject at times and ruins the shot. Again, this doesn’t happen with every shot thereby making me question the algorithm’s consistency rather than the efficacy in itself.

The primary sensor seems to handle these conditions quite well. Overall it seems to prefer softening over sharpening with noise being quite minimal. Remember that yellow cast that I talked about earlier? Well, you can see it wreaking havoc here as well with the wall. Usually that wall is a shade of light green, but here the camera biases towards a sort of “lime-green”. I was able to adjust this niggle when I tweaked the white balance of this image however. Nonetheless, the K20 Pro continues to produce more pleasurable images rather than technically coherent ones.

Here you can observe the camera’s penchant to overexpose and saturate the image with yellow hues. Though the camera has panned focus quite beautifully the reds seem almost pinkish. Again, I’m attributing this to the poor metering.

Lord have mercy. The wide-angle sensor absolutely butchers this shot. Remember that green wall? Well now it seems to have a sort of gradient happening. Here you can observe that the sensor has struggled to pull proper focus whilst unevenly exposing the subject thanks to the metering problem. Details look overtly softened. Definitely not a strong point for the K20 Pro.

The telephoto shooter however does quite a respectable job here. It held the details quite well and doesn’t struggle with white balance like its wide angle counterpart. Good job Xiaomi!

Indoor shots under synthetic lighting are riddled with greenish cast yet again. However, most pictures look sharp with pleasing colour science. Sure, dimming the lights a bit results in very soft images, but I’d take that over noise from cranked up ISO values!

Similar to the primary shooter the wide-angle suffers with greenish hues. The HDR is noticeably less aggressive in these scenarios with the wide angle resulting in slightly washed out colours. The distortion is not very noticeable in the portrait orientation, it’s only the landscape orientation that the phone struggles to process. Overall, the K20 Pro is capable of respectable shots that offer a different perspective as opposed to the primary lens.

The telephoto shooter’s smaller aperture is a shot in the arm for the K20 Pro. Photos look underexposed and soft and became more soft as the light source diminishes. I’d suggest staying away from this shooter for in-door shots under incandescent lighting.

All 3 sensors take some of their best shots under broad daylight – as to be expected! HDR spruces up the images quite aggressively and shadows seem to be balanced effectively with contrast levels. Photos do suffer from being slightly overexposed with slight green cast, but this is quite easily fixable with a little ingenuity. Honestly you won’t be able to tell the difference between daylight shots from this phone and other competitors that cost twice as much. If I definitely had to nitpick, I’d advise Xiaomi not to over process the greens and reds. Honestly, I’d be happy using this phone on a daily basis for daylight photography!

I’ll be honest here. The night mode is nowhere near as good as Pixel’s night sight implementation or even Apple’s less dramatic attempt. However images are pleasing to look at. The K20 Pro doesn’t crank up the ISO and keep the shutter speed at a minimum, rather it does the opposite. Obviously, photos take longer to shoot, but the K20 Pro’s ability to handle micro-shake with post processing and AI is truly commendable. One thing I’d like to seem them fix is light bleeding around alternate light sources such as a lamp or neon sign in night mode images. Other than that, good job Xiaomi!

My Rating and Final Conclusion

My camera score for the K20 Pro is a cumulative 72/100 across lighting scenarios. This roughly translates to an overall “good” camera performance. The K20 Pro camera doesn’t pack as many frills on the camera front compared to the exponentially more expensive flagships out there. However, for the price, the phone packs decent camera performance that will please the common consumer who takes pictures for social media uploads (the selfie camera is quite good by the way). It just doesn’t appeal to the camera nut in me quite like the iPhone 11 does.