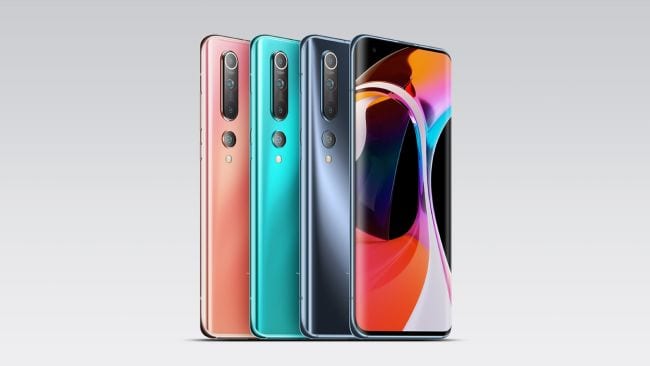 The Xiaomi Mi 10 and Mi 10 Pro were launched in China on 13th February. The smartphones will serve as Xiaomi’s latest flagships. While there is no information about the phone’s release outside China, regional Xiaomi Twitter accounts have been posting about it. That hints towards the launch of the device outside China.

Indians have been waiting for the Mi 10 pretty eagerly as well. And, we have some great news for the fans out there. The Xiaomi Mi 10 will be coming to India as per popular and credible leaker Ishan Agarwal. He adds that the Mi 10 will be coming soon to India in a variety of color options. They include Coral Green & Twilight Grey along with 8GB+128GB Storage Variant. While that is the bare minimum confirmed, more variants can be expected.

Also read: Xiaomi launches Mi band 3i in India without the heart-rate tracking and at super low-price

The Xiaomi Mi 10 comes with a 6.67-inch curved AMOLED panel with a Full-HD+ screen resolution and 90Hz refresh rate. Under the hood, it packs the Qualcomm Snapdragon 865 processor, along with 12GB of RAM and 512GB of storage. The Mi 10 packs a whopping 108MP primary camera, a couple of 2MP sensors, and a 13MP wide-angle lens. On the front, we have a 20MP camera in a punch-hole design.

The smartphone runs on Android 10 with MIUI 11 on top. The battery is a powerhouse with 4,780mAh, and comes with 30W fast charging support.