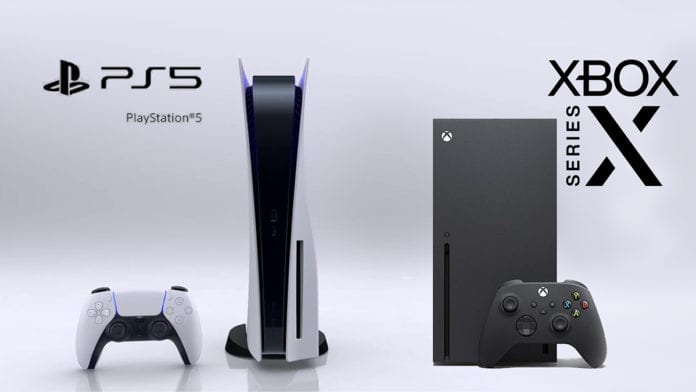 The initial preview coverage over Xbox’s backwards compatibility for (most) Xbox One, 360 and original Xbox titles are looking good. For the most part, legacy games which had an unlocked framerate or dynamic resolution settings will run at their highest fidelity/performance target on the Xbox Series X. You can check out the performance metrics that several outlets have now published, most notably Digital Foundry.

The Case for PS5 Backwards Compatibility

While Xbox’s marketing has heavily relied on their backwards compatibility claims, the same can’t be said for Sony’s PlayStation 5. Back in March, Mark Cerny stated in his “Road to PS5” deep-dive that the next-gen console will be able to play PS4 titles. In that presentation, we were shown the following graphic which tried to explain the various backwards compatiblity modes of the PS5 with regard to PS4 games:

“A quick update on backward compatibility – With all of the amazing games in PS4’s catalog, we’ve devoted significant efforts to enable our fans to play their favorites on PS5. We believe that the overwhelming majority of the 4,000+ PS4 titles will be playable on PS5. We’re expecting backward compatible titles will run at a boosted frequency on PS5 so that they can benefit from higher or more stable frame rates and potentially higher resolutions. We’re currently evaluating games on a title-by-title basis to spot any issues that need adjustment from the original software developers.”– PlayStation Blog Post.

Well, PlayStation has been fairly silent regarding this whole ordeal. We know that PS4 games will work, but don’t exactly know how many. In March, Cerny stated that they had tested the top 100 PS4 games to be working fine, & they expect the “overwhelming majority” of PS4’s game library to work as intended.

During the PS5 showcase, a new add-on service called ‘PlayStation Plus Collection’ was announced, which give PS Plus members on PS5 a catalog of PS4’s greatest hits. While this confirms that these PS4 games, as well as most others, will run on PS5, we still don’t know whether or how they’ll take advantage of the hardware.

With the Xbox Series X, almost all backwards compatible titles that previews have shown seem to take advantage of the hardware immediately, without any developer assistance. Even games like GTA 4, which came out on Xbox 360, take advantage of the new hardware by running at a locked 60 FPS. On PlayStation 5, backwards compatibility has been confirmed to work for only PS4 titles, not PS3 or PS2 as many fans would have hoped for.

Not a Necessity, But A Value-Focused Proposition

Xbox has been making strides with its value-focused services. In a world where AAA games will now cost $70, Xbox Game Pass makes even more sense as an affordable entry-point into gaming. Xbox-All Access is another great plan to make gaming accessible to more people. Xbox’s backwards compatibility model is almost perfect, automatically enhancing legacy games without any developer input. Phil Spencer, head of Xbox, made it clear that the brand’s focus is on giving you, the player, more options and easy access.

And I have criticised Phil Spencer’s ‘no true exclusives’ strategy quite a bit in the past. I still believe that holding on to a prolonged cross-gen period will only hurt some innovation in gaming. But when PlayStation boss Jim Ryan announced that a lot of PS5 games will also come to PS4, I was quite disappointed. As such, moving into a cross-gen period, backwards compatibility is extremely important when there are not many ‘true next-gen games’ to play.

I take solace in the fact that all Xbox gamers will be able to enjoy their library on the Series X, and that too at enhanced resolutions/frame rates. I also know that PlayStation 5, in theory, will provide a similar experience. But with the new consoles launching in less than 2 months, it’s high time Sony came out and cleared all doubts regarding the PS5’s features.