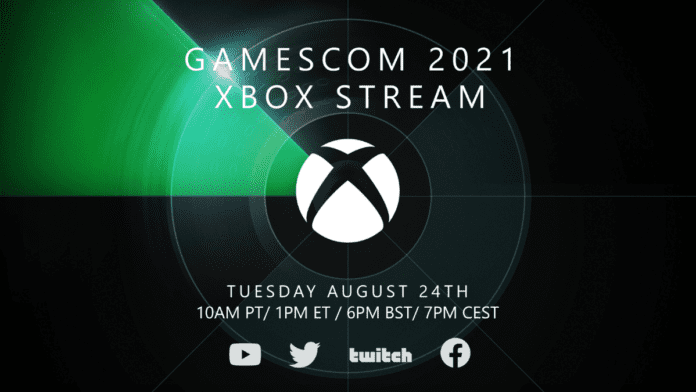 The annual event is going to be held virtually this year.

Xbox Gamescom 2021 promises to showcase “in-depth updates from some of our previously announced Xbox Game Studios titles alongside some of our third-party partners, including some of the incredible titles coming to Xbox this holiday, upcoming releases to our monthly subscription service, Xbox Game Pass, and much more.”, according to the official Xbox Wire post today.

Read More– E3 2021 Recap- What Was Good, What Sucked, and What Left an Impression

Parris Lilly and Kate Yeager will host the event, as the stream will be offered in more than 30 different languages across the globe. Fans can watch the stream via the official Xbox Channels, including YouTube, Twitch, Facebook Gaming, Twitter, and select regional sites like VK.com in Russia and Bilibili in China.

The blog post also mentions an Xbox Gamescom 2021 fanfest, the details regarding which are expected to be revealed soon. Across the entire Gamescom runtime, which is 25th-27th August, Xbox will also hold a “Gamescom Sale”, which will offer games as high as 75% off. The fans are also encouraged to join the Bethesda Germany live stream starting from the 26th of August.

The announcement has made it very clear that the presentation will be focused on games that have already been announced by the company and updates regarding the same. That might sound like a slight disappointment to the fans, but Xbox have tons of games that they have announced, and we don’t know much about yet. Starfield by Bethesda Studios and Halo Infinite are just some of the games that could see an announcement made at Xbox Gamescom 2021.

Gamescom 2021 will be held exclusively digitally from Wednesday, August 25, to Friday, August 27, 2021. To know all the updates about Gamescom as they happen, stay tuned!