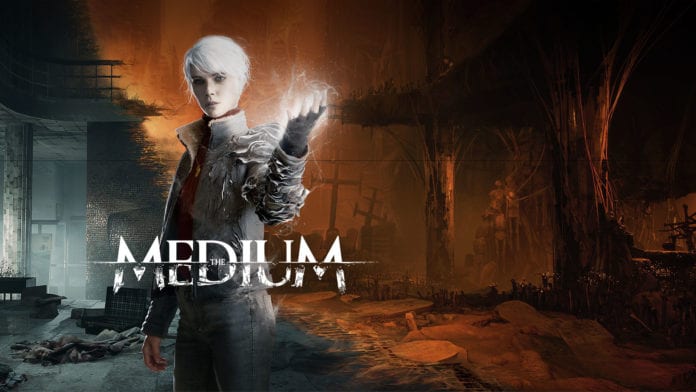 The Xbox Series X/S consoles have had only one big next-gen exclusive game till now – The Medium, and it’s already releasing on PS5 in a few months.

Bloober Team’s The Medium released on Xbox Game Pass (and retail) back in January to positive reviews. The game was notable for its dual-world rendering showcase and was one of the only next-gen exclusive games besides PlayStation exclusives. There have been rumours and leaks about the game making its way to PS5 recently, and now it’s confirmed with a new trailer and release date for Sony’s new console.

Until now, The Medium was perhaps the only big AAA exclusive for the Xbox and soon that won’t be the case. However, this was known since Bloober Team isn’t a first-party studio like those under Xbox Game Studios. The game was notable for being quite heavy on high-end PCs as well, as it requires high-end components to even run competently.

It may sound like I’m knocking Xbox for having it’s only exclusive become multi-platform, but that’s not the case. Xbox just had one of its best E3 conferences ever, promising a wealth of quality games headed for Xbox Game Pass starting with the latter half of 2021. This year alone, Xbox (and PC) gamers have Halo Infinite and Forza Horizon 5 to look forward to for this holiday season.

While ‘losing’ The Medium may pluck out a big reason for owning the Xbox series consoles, the amount of quality of life features and legacy support/improvements, along with Xbox Game Pass’ future promises are enough to make the Xbox stand on its own against the PlayStation 5. It goes to show that if you’re interested in getting a console that already has a much more interesting lineup of first-party exclusives, the PS5 is the way to go for now.

The Medium is available on Xbox Series X/S and PC (Epic Games Store) as well as through Xbox Game Pass, with a release date set for PS5 on September 3, 2021.