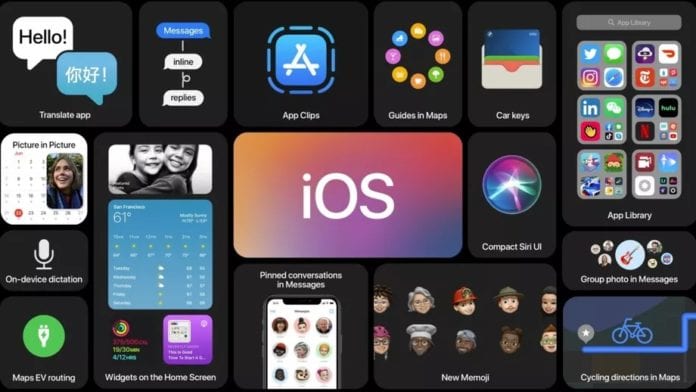 WWDC is Apple’s Annual Developer Conference which is a highly anticipated event as it sets the tone for all the software coming out of Cupertino each year. And WWDC 2020 was a very unique one – it was the first time that Apple hosted the event virtually with no in-person event.

There were plenty of exciting announcements, a lot of which seemed like Apple was looking at the past for some inspiration for its new features. Here we’ll talk about 5 of the biggest announcements that concern iOS and iPadOS.

Widgets were something you had on iOS but had super limited functionality and were limited to only one screen. Well, that’s changed. The new widgets on iOS 14 can be put anywhere on your home screen and remind me a lot of how Windows phones looked and worked back in the day.

With iOS 14’s new automatic stacking, the widgets can be set to change according to different times of the day. These widgets are resizeable, and Apple says they can be put anywhere on the home screen using the Widget Gallery. Widgets can be dragged anywhere on the screen and the other apps will make space for the widget to fit in.

The most interesting thing to me, however, is the automatic stacking. It would be fun to wake up to see my calendar and meetings for the day and towards the evening check my phone and see the health monitor.

WWDC 2020 finally brings to us picture-in-picture mode is a really useful feature that has existed on Android for a fairly long time and now Apple is supporting PiP for native and third-party apps. YouTube Premium, Netflix and Apple’s own video player are supposed to work seamlessly with this feature.

Every year we get some minor improvements to iMessage and off late they’ve been some features that weren’t the most useful but added some functionality like the Animoji and Apply Pay integration. With WWDC 2020 however, I feel the changes are something that fit perfectly and make this perhaps the best messaging service so far.

We now have in-line replies and support for mentions! iMessage is moving closer to the likes of Whatsapp or Slack. In-line messages are a great feature and we’ve seen that before with productivity related apps like Slack, MS Teams, etc and it’s a welcome addition. Mentions are also a great way to communicate in a messy group chat and now you can choose to get notifications only when you’re mentioned in the chat which simplifies a lot of things.

This is a great addition and the new iMessage has become a more compelling reason for people in the Apple ecosystem to stay in it.

4. Your iPhone is Now a Transferable Car Key!

Apple is adding support to let you unlock your car straight from your phone and demonstrated this with a 2021 BMW 5 series. iOS 14’s CarKey will leverage NFC and the credentials will be stored in Apple’s Security Enclave.

The CarKey is shareable as well so that other members in a family can use the feature to unlock the car and also has additional permission settings. Apple announced that the CarKey feature will come to iOS 13 soon and that they will be partnering with more companies soon.

WWDC 2020 brings a new range of features to the iPadOS and it’s very much in line with Apple’s theme of blurring the lines between a tablet and a laptop.

The widgets carry on from iOS and should add more practicality to the bigger form factor. Apple also redesigned search on iPad, and it looks pretty much like Spotlight on macOS. It works like Spotlight too, helping you find contacts, or launch apps or search the web from one place.

Apple debuted a feature called Scribble, which automatically converts anything you write with the Apple Pencil in any text field to text. This is some really powerful OCR (Optical Character Recognition) and would be really helpful to elevate the functionality of the iPad. The feature can also detect the context of the information you write, like a phone number or email ID, then redirect you to the right app when it’s tapped. It also helps you win at Pictionary with the OCR being able to identify shapes you draw and render them as perfect shapes, so there’s that for the creators.

There are of course some more interesting features with the smaller devices that Apple makes, but one special mention from WWDC 2020 would be Apple’s announcement of starting to make their own Systems on Chip. This is huge and could start a new era in computing. Always fun to see more competition and I can’t wait to try out the new MacBooks with Apple’s silicon in them.