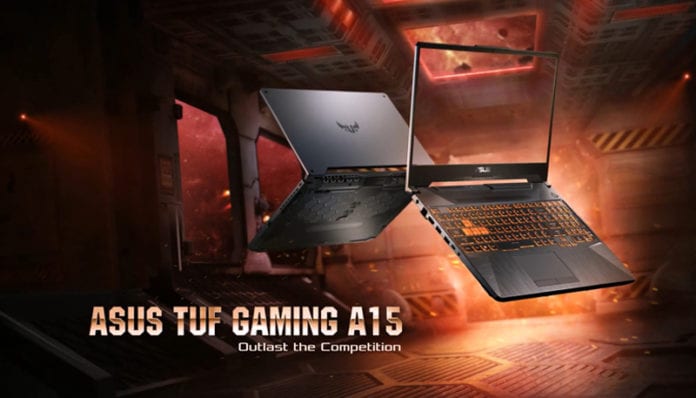 We recently covered the launch of Asus’s new TUF series of gaming laptops, being the first ones to launch with AMD’s new Zen 2 chips they seemed promising to say the least. It turns out that they had one major design flaw and another poor selection lets go through them in this article. The following is being referenced with respect to the Asus Gaming TUF A15. Two models of the A15, one with a Ryzen 7 4800H and GTX 1660Ti and another with a Ryzen 5 4600H and a GTX 1650Ti.

Not So TUF After All

The TUF series of laptops from Asus has always been a budget beast with some corners cut but Asus might have cut a corner too much with this or rather too little. What I meant by ‘too little’ is that the air vents that are cut on the bottom of the laptop lid are too tiny to be able to pull in enough air to cool the internals. And to make matters worse those vents aren’t even on top of the cooling fans. Another problem is with the right side exhaust vents where 4 slots are covered with plastic presumably to force the air out.

When it comes to the actual cooling system it has a mediocre one consisting of 4 copper heat pipes. Two being shared by the Ryzen APU and the GPU, and one exclusively for the GPU. We also have a small cooper pipe running around the GPU probably for the VRM and GDDR6 which usually tends to run hot.

This might even seem like a deliberate decision by Asus to throttle the system. Given that cutting a bigger hole wouldn’t have saved them anything in terms of cost. Which makes it even harder to digest for someone who was excited about this laptop’s launch.

To make matters worse the laptop was tested with the base cover removed and measures are taken to ensure proper airflow. And the results speak for themselves. An astounding 10°C drop in both the CPU and the GPU temps while playing Watch_dogs 2. There was also a significant drop of 6°C in the Handbrake and AIDA64 CPU temps while using with the cover off.

Asus has also put out a sub-par display panel in the form of the Panda LM156LF2F01. Which has a woeful sRGB of 66% and also a very bad G2G response time of 18.64 ms. Therefore the 144Hz refresh rate is kind of pointless with the smudgy image caused by these specifications.

So not only does the poor cooling system result in sub-optimal gaming experience the poor quality display will deter content creators who require high color accuracy. So even the Ryzen 4000 chip in these laptops which is conducive for such tasks will be hampered by the quality of the screen.

The folks at Hardware Unboxed are the ones who first bought these revelations to light. They have also made some comparisons with a similarly priced MSI GL65, which is also an entry-level gaming laptop. You can check that out in the video embedded below.

So our advice would be to hold off on buying a new Ryzen powered gaming laptop as there might be better offerings coming up on the horizon. This would be very disheartening for AMD as they would have hoped to start off on a good note with their Zen 2 powered gaming laptops. And its all the more frustrating for them since the problem isn’t with the chips themselves but with Asus’s questionable choices.