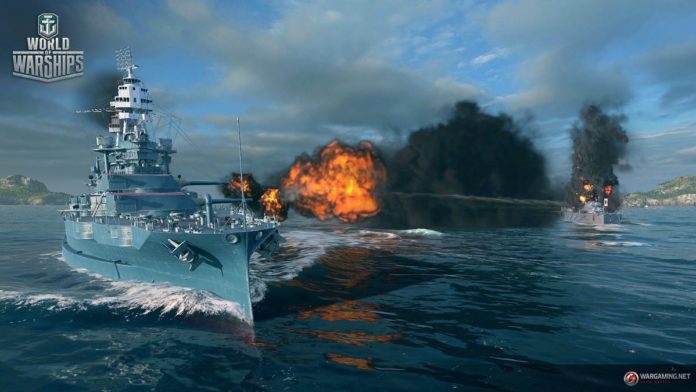 Wargaming, the award-winning online game developer and publisher specialising in military free-to-play MMO titles, has announced the relaunch of World of Warships for the India market. The free-to-play naval combat game will now feature India-specific content supported by comprehensive partnerships with leading industry players including ACT Fibernet, Zotac, ANT Esports, and LG. The relaunch will also be adding content exclusively developed for the India market which includes:

The relaunched version of the title began service on the 17th of September with all the above listed features available for players to utilize. Wargaming has also indicated the possibility of additional content such as thematic ports, containers, and patches in the near future, or even ships sailing under the Indian ensign.

The partnerships Wargaming has struck are set to provde a variety of benefits to Indian players such as ACT Fibernet offering Indian players optimized routing to the EU server, a unique ACT Fibernet Camo skin available to ACT Fibernet customers, and up to INR 2000 worth monthly in-game benefits. Players on the platform will also have access to exclusive bundles from LG, Zotac, and Ant Esports.

Here’s an overview of World of Warships and it’s developer:

World of Warships is a team-based massively multiplayer online action game featuring large scale naval battles in a selection of PvP, cooperative or competitive battle mode as well as historically inspired PvE scenarios and seasonal special events. Since its launch in 2015, World of Warships has added over 30 million registered players on the back of its focus on history, military, and engineering enthusiasts, making it one of the most successful games in this genre on the planet

The Cyprus-based Wargaming, founded by Belarussian chess prodigy Victor Kilsyi, is a world-leader in historically accurate MMO combat games by both popularity and profitability. Inspired by Mr Kilsyi’s obsession with military history and strategy games, the company boasts over 200 million registered users drawn to their combination of stunning graphics, incredible attention to detail, and immersive gameplay. Its concerted foray into the India market is set to be another milestone in the company’s stellar journey.

The model for the India version of World of Warships will continue to operate on its free-to-play, pay-to-progress framework where players can enjoy the game for free while making small investments to unlock additional content faster. Cognizant of India’s price sensitivity, Wargaming has stated that they will customise in-game pricing for the local audience.