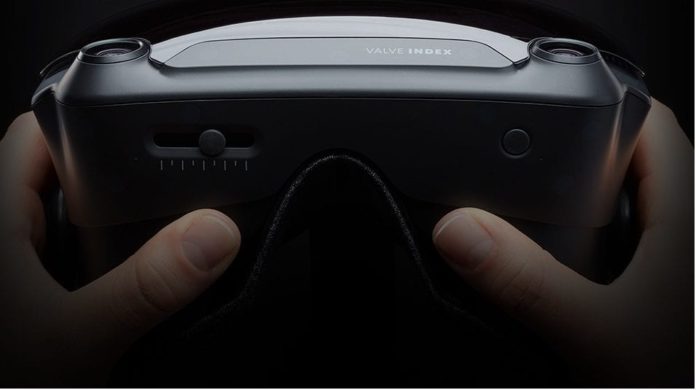 Some investigative Steam users found a teaser page on the Steam site for the Valve Index, which looks very much like a new VR Headset. The teaser site offers no concrete details. The only things on the teaser site is an image of the headset and a tagline that reads “Upgrade your experience. May 2019”

This confirms the leaks and trademark filings that began to surface in late 2018. The design of the Valve Index also matches the leaks. The VR headset leaks also caame with the news of a possible Half-Life prequel built for VR.

The Specs haven’t been revealed as of now. According to rumors, Valve Index will have a 135-degree field-of-view and should be compatible with Valve’s Knuckles controller that has also been rumored lately.

This announcement is quite a surprise, given the recent layoffs at Valve affected many in the VR department. Till now, Valve, for its VR needs, partnered with HTC Vive. This will come to change with the Valve Index as the company’s solution to VR.

If the leaks surrounding the Half-Life prequel are legitimate, this will be the first Half-Life game in nearly 12 years.  There might still be hope after all.