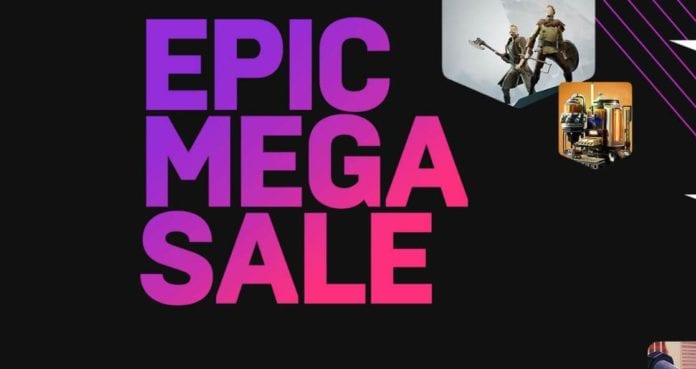 GTA V went free to keep on Epic Games Store last night, causing Epic Games’s servers failing to handle the thousands, if not millions of people trying to get their hands on Rockstar’s opus magnum. Along with that, they also kicked off their Mega Sale, and announced new free games for every week until the sale. These “surprise” titles have seemingly leaked out, and are something you surely wouldn’t wanna miss.

From a post on Reddit, an image has surfaced revealing the next three titles. We can’t say how legitimate this leak is, so first things first. Salt.

After Rockstar’s popular title, fans will possibly be getting Civilization VI. Sid Meier’s most recent Civilization installment is said to become available next week on May 21. Next up is Borderlands – The Handsome Collection, which might arrive the week after on May 28. Finally, arriving on June 4th is ARK Survival Evolved.

What gives it some credibility is a post from a Thai page on Facebook which had revealed the same games a couple of hours earlier:

There’s also rumors circulating about CD Projekt Red’s masterpiece of a game, The Witcher 3: Wild Hunt, to be the next free title. But it seems highly unlikely, as the game is currently part of Epic’s Mega Sale.