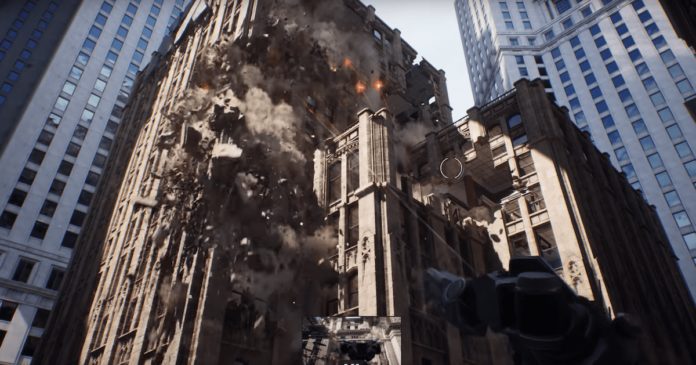 Unreal Engine has been the staple platform for developers for ages now and it only gets better and more user-friendly with updates. The latest update, Version 4.23 released by Epic has brought along a new physics engine that is set to replace Nvidia’s PhysX in games that are made in Unreal. Aptly dubbed the Chaos Engine, allows for even more environmental destruction and high-performance physics.

Watching the demo brings back memories from Battlefield: Bad Company days. But obviously, the destruction has been turned up to 11. In the demo, the building just crumbles as the big robot shoots the little robot and then the little robot turns into a bigger robot with an entire building crumbling behind it.

The advantage of the Chaos system is that developers can use simple connection graphs to tightly control environments. Which means the games can have beautiful controlled destructive environments without being too taxing on PCs. The new 4.23 update also brings improvements to real-time ray tracing and stability enhancements. The Ray Traced Global Illumination quality and denoiser quality have also been improved.

The new Chaos system has a lot of potential but at the end of the day, it depends on the developers and how they use this new update in their games.