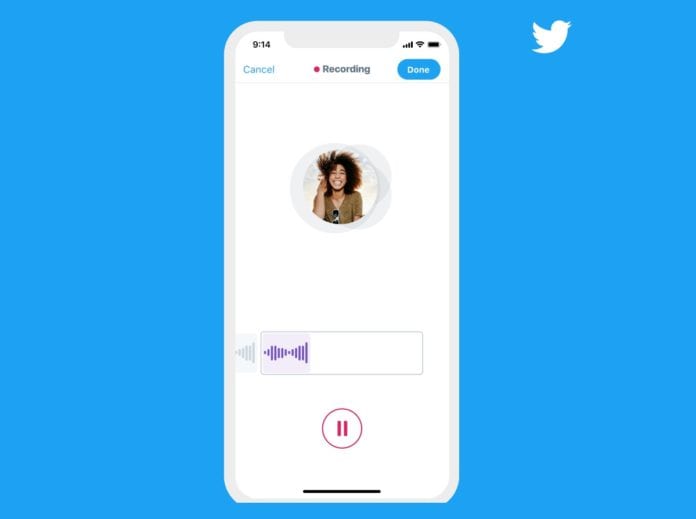 Twitter has been on a roll to release updates one after the other to stay relevant. The new and interesting audio tweet update comes right after Twitter rolled out Fleets, the storylike update that almost all social apps have. Audio Tweets, however, is something quite unique for a social media platform.

It is reported that this update has been launched to add and test ‘a more human touch’ to the tweets.

Audio Tweets will give the users an option to record audio clips and then attach them to your tweets. The new feature is available first on iOS only and will only be available to “a limited group of people,” according to the company. “Sometimes 280 characters aren’t enough and some conversational nuances are lost in translation. So starting today, we’re testing a new feature that will add a more human touch to the way we use Twitter — your very own voice,” Twitter’s Maya Patterson and Rémy Bourgoin announced in a blog post.

It isn’t available on Android yet and there is no information on the same. However, if you are an iOS user and you have access to the feature then you’ll be able to see a waveform icon right beside the camera icon while you draft your tweet.

“Each voice tweet captures up to 140 seconds of audio. Have more to say? Keep talking. Once you reach the time limit for a tweet, a new voice tweet starts automatically to create a thread,” Twitter said. You have to click on that waveform option and then you can record your tweet in your voice.

Audio tweets or voice snippets and clips can only be added to original tweets and one cannot include them in replies and retweets or even in a comment as mentioned on the help page. Your profile picture, the current one on Twitter, will be attached to the voice clip that has been recorded. “Your current profile photo will be added as a static image on your audio attachment and will not refresh if you update your profile photo,” Twitter says.

There is a play button that will be there which will play your audio tweet and you can listen to it by hitting the same button. On iOS, however, it is said that there will be a dock that will appear in the bottom that will enable the user to play the voice note and listen to it as well. One great feature is the tweets can continue to play in the background while you surf other apps!

Audio tweet is an important accessibility feature but can cause obvious issues for the deaf and people dependent on hearing aids, to which Twitter replied: “This is an early test of audio for us and we’re still exploring the best ways to meet the needs of people with different abilities.” We’re all very excited to see how this update functions and how this makes a difference in the whole tweeting experience of users!