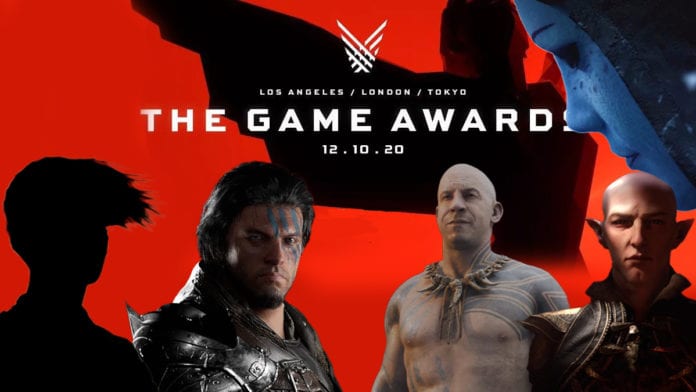 The Game Awards 2020 was host to not just handing out awards, but many surprising game reveals like a new Mass Effect, Dragon Age and Perfect Dark. Here are all the new announcements that you may have missed out on if you didn’t tune in.

Super Smash Bros. Ultimate has is well known to be the go-to host for multiple crossovers in the gaming landscape. The Nintendo exclusive brawler has seen many legacy characters in gaming enter its world as DLC additions like Banjo and Kazooie, Cloud from Final Fantasy 7 Remake, Pokemon characters as well as Joker from Persona 5. Now, another character from the Final Fantasy universe, Sephiroth has joined the Smash Bros. Universe with a surprise reveal at the Game Awards.

Star Citizen may take many more years to reach gamers’ hands, but developer Frontier Developments has you covered. While Elite Dangerous is known for its first-person space exploration and combat from within the cockpit, the upcoming expansion will let players engage in many more gameplay additions like first-person shooting. The description for Odyssey reads:

The Initiative is a new Xbox Game studio that was announced first at E3 2018, and at The Game Awards, we got a first look at the “AAAA” game they’re making – Perfect Dark. The reveal finally paid off the longstanding rumours of a Perfect Dark game being made at the Santa Monica studio. While we don’t know if it’s a proper reboot of the N64 game, we do know that Microsoft has big bets on it. The Initiative is gearing up to become what Naughty Dog is to Sony – creating high-quality experiences that are tied to the console platform in creating what is known as the definitive ‘system seller’.

The Callisto Protocol Revealed by The Creator of Dead Space, Set in The Universe of PUBG

The Callisto Protocol is being developed by Striking Dance studios, from the creator behind the critically acclaimed horror-survival Dead Space franchise. You can see glimpses of Dead Space’s aesthetic style present in the trailer for The Callisto Protocol, which will release in 2022 on PC and consoles. As for surprises, IGN revealed that the game will be set within the universe of PUBG. Yep, you read that right. We’re just as intrigued as you are.

Dragon Age 4 By BioWare Gets A Teaser

Dragon Age is one of the quintessential RPG franchises that catapulted developer BioWare to greater success after Mass Effect. The medieval-fantasy RPG franchise’s last entry – Dragon Age Inquisition, received critical acclaim, and the 4th entry in the series has been in the works for over 5 years. Simply revealed as Dragon Age, we got a first look teaser for it during the game awards. However, if previous reports are still accurate, then we might be looking at an Anthem situation here. Hopefully, BioWare delivers on the gigantic expectations by fans.

The Game Awards also saw the gameplay reveal of Crimson Desert, a next-gen open-world game with multiplayer mechanics. The game was actually first revealed a year prior, but it had a solid presence during the show. Crimson Desert is being developed by Pearl Abyss who is known for Black Desert Online.

Vin Diesel and Ark. Two words that you wouldn’t really think of together at the same time. As far as pure surprises go, this one probably takes the cake. The sequel to Ark: Survival Evolved seems to include a focus on more narrative than the last game.

This one was less of a surprise since it was rumored for quite some time. Nevertheless, Master Chief’s arrival in Fortnite is only fuel to the fire that keep burning. Fortnite has been on an eternal high ever since they started doing crossovers with other popular IP, starting with the Marvel universe. Now that it has expanded to include the Mandalorian, Kratos from God of War, and now Master Chief from Halo, all bets are off. That’s not all, as the beloved Blood Gulch location from the fan-made Halo spin-off Red vs Blue series will also be added to Fortnite’s creative mode. The announcement also saw the reveal of characters from The Walking Dead series also eventually coming to Fortnite.

Returnal, the next game from developer Housemarque, got a short gameplay trailer and a release date! The PS5 exclusive, which was revealed at PlayStation’s June showcase, will release on March 19, 2021, featuring a ‘Groundhog day’ like premise on an alien planet.

The Next Mass Effect Revealed By BioWare

Dragon Age isn’t the only franchise that BioWare is returning to, with the reveal of the next Mass Effect game. The teaser reaffirms that this Mass Effect game will be a direct continuation of the franchise, and there are enough hints in it to suggest that it might be a direct sequel to both Mass Effect 3 and Andromeda at the same time.

So these were the biggest surprise game announcements at The Game Awards. The award show has quickly risen to become quite complimentary to E3, and while it did contain a little too much of ads and in-show sponsorship reads, it ultimately lead to an entertaining show which celebrated gaming as a whole.