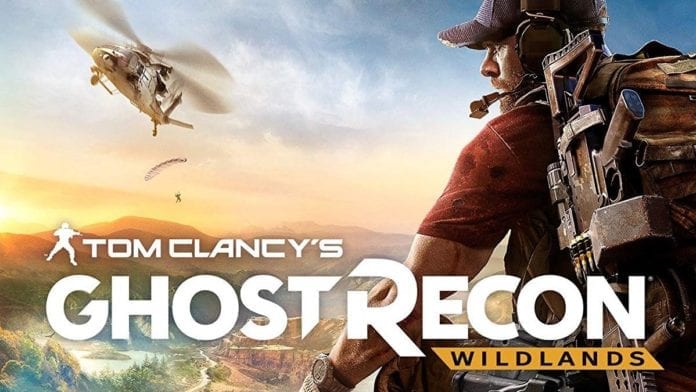 Another day, another Tom Clancy game. Ubisoft should really go easy on their star franchises. Once a particular game is a hit, they start milking that IP till everyone is fed up with it. It happened with Assassin’s Creed, Far Cry and now its time for the Tom Clancy games. Wildlands isn’t all that that different from all the other open-world Ubisoft games. It’s the same old ruttin’ formula that involves a lot of grinding and gets monotonous real fast. However, the coop is a treat.

Like any other Tom Clancy game, Ghost Recon Wildlands features a group of elite and highly trained “agents” or in this case, “Ghosts”. Capable of taking on an entire army, they are sent into Bolivia after the resident drug cartel, Santa Blanca bombs the US embassy and shortly afterwords tortures and kills an undercover agent. Known as operation Kingslayer, the ghosts are tasked with putting an end to the Santa Blanca drug cartel.

When you start Wildlands for the first time, you will be embraced by a beautiful, photo-realistic scenery and a massive, diverse world, which is full of …um well, nothing. Just like all of Ubisoft’s other open world games, each region of this enormous map is filled with quests that either involve defending something, chasing down and eliminating a convoy, interrogating lieutenants or just collecting trinkets that provide skills, equipment upgrades or unlock more of these boring sidequests. As for the main story, that itself isn’t anything new. The broader objective is to bring down the infrastructure of the cartel in each area by killing the overseer. However, these VIPs aren’t exactly easy to find. You are gonna have to scour outposts for intel, tail some sneaky narcos, kidnap them, interrogate them and at times blow up things and get involved in less than civilized activities to draw out the guests of honor. This doesn’t sound all that bad, but the thing is you are gonna have to do all these things a couple of dozen times throughout the course of the game, and it gets really repetitive after a while, you just loose interest. Apart from the cartel, you also need to be on the lookout for the local military, Unidad who are on the payroll of the narcos. If you are not careful and bother them too much, you are gonna have a whole freaking army on your butt.

Now, for the good part, Ghost Recon Wildlands allows four players to team up and complete objectives. Whether you are just messing around, killing your team-mates by “accidentally” crashing the copper you are all in, or completing missions in a well-coordinated manner, or just running into the outposts, guns blazing, Wildlands is insanely fun with friends. That is especially true, if you are using a mic and are orally communicating with them as you go. This is where Wildlands truly shines. Teamwork really pays off in this game, however most people will find that strategy often goes down the drain and as soon as one of the players slips up, you will find yourself engaged in a firefight. But that is the good thing about coop, even the screw-ups are fun.

There isn’t much in the way of character customization. The faces and hairstyles are very limited. But you get a good number of outfits to choose from. As far as the gameplay mechanics go, this game feels a lot like Division but the world looks like an expanded version of Far Cry. Rebels are there to help you by dropping vehicles, fighters, reconnaissance… But you gotta do your part, freeing the natives, marking supplies, stealing and delivering vehicles n’ choppers. Weapons and mods are scattered across the map and so are the resources needed for getting new skills . You get a drone and binoculars for recon, and a few other cool toys (like a parachute and mines) can be also unlocked. One notable combat mechanic that is different from the Division is that once you are down, and if no one revives you for 60 secs or so, you can respawn near any teammate who is still up. Most of the traveling is gonna be done in choppers, although fast travel is a much more convenient and faster alternative if one of your teammate is already near the objective (why do the hard work, if someone else can do it for you).

Performance-wise, the PC port of this game is pretty solid. It is demanding all-right but it also looks phenomenal, so I guess its justified. I was able to get 60 FPS average with a bit of OC’ on my 980Tis at 4K at the Very High preset. GWs implementation and the SLI support is also commendable. For a detailed analysis, have a look at this.

Ghost Recon Wildlands is really addictive when you are playing with friends, but if you are on your own…then look for friends, what is wrong with you. Still, other than its entertaining coop, the game doesn’t bring anything significant to the table. As far as open world games go, Ubisoft’s newest are the blandest, they really need to take notes from Witcher 3 and the new Zelda game if they are to stay in business for long.