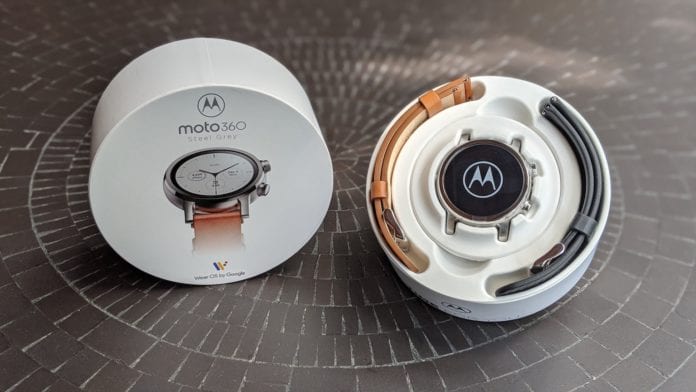 Motorola is one of the brands that jumped quite early on the smartphone wagon with the Moto 360, but after some mistakes, it did come out with a perfect one, which ended up creating its own legacy. The smartwatch was then back for a second innings back but with a little twist. This time it was manufactured by one of Moto’s licensees, eBuyNow, which is now reported to bring three more Moto smartwatches onboard.

According to an alleged presentation shared by Twitter user  Felipe Berhau, Moto’s licensee eBuyNow will be releasing three new Moto branded smartwatches in 2021: the Moto G Smartwatch, Moto Watch, and Moto Watch One.

Moto Watch and Watch One

Then, there are two more smartwatches set to launch in July, the Moto Watch and One. The Moto Watch will be coming with a square dial, something similar to the Fitbit and Apple Watch, whereas the Watch One features a circular dial and has an uncanny resemblance with the Moto 360.

There’s not much known about these smartwatches, but we expect the higher-end smartwatch to be powered by the Qualcomm Wear 4100 platform, whereas the  Snapdragon 3100 can be used for the budget ones. The trio will be running the Android WearOS just like its predecessors.

As far as availability is concerned, at least one of these smartwatches isis expected to debut in India, considering the increasing competition among the wearable segment brands.

BuyNow is in the process of merging with CE Brands, Inc, and CE showed off what it plans to release over the course of 2021. Its lineup includes Kodak-branded baby monitors and air purifiers apart from the Moto branded smartwatches.