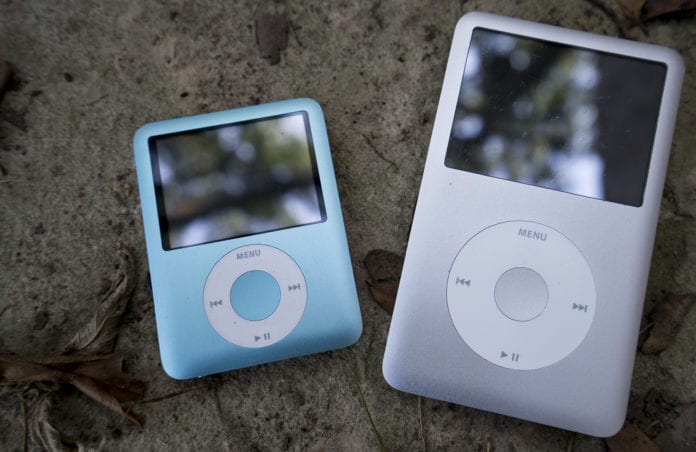 Forget iPhone or Macs; Apple is reportedly bringing the new iPod Touch, and it’s getting a significant design overhaul. According to MacRumors contributor Steve Moser, Apple might be bringing a new redesigned iPod Touch with an iPad-esque design. The information comes from the Twitter user @AppleLe257, and Moser also has some renders to show us how the new iPod will look.

From the look at renders from Apple Tomorrow (@Apple_Tomorrow), the new iPod Touch looks like iPad Air shrank to the size of the iPhone. There are bezels at the front, and then there’s a selfie camera up top for selfies. However, these renders don’t show the array of sensors used by FaceID, which could mean that Apple, the next-gen iPod, could have a side-mounted fingerprint sensor. Things on the back are relatively unchanged as the renders show a single camera accompanied by an LED, similar to the previous generation iPod Touch.

Moser also claims that the next generation iPod will have chamfered edges and multiple colour options like the iPhone 12. Unfortunately, there’s not much known about the new iPod apart from what Moser shared though we could expect the upcoming iPod to be as big as the iPhone 12 Mini, 5.4-inches to be precise. Moreover, one could expect A13 or A14 under the hood and support for Hi-Res audio.

We could expect the next-generation iPod Touch to arrive sometime in line with the launch of the first iPod, which means it could launch alongside the upcoming iPhone in September. For the unaware, the first iPod was released on October 23, 2001.

Well, we’d suggest you take these renders with a pinch of salt for now before we start hearing more about them from more reliable sources (waiting for ya, Prosser).