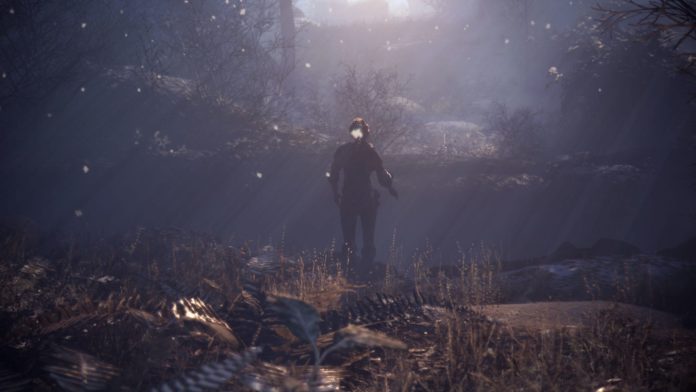 As per various research agencies, visual fidelity and graphics quality is one of the first things modern gamers look towards when buying a game, followed by the story and gameplay. In this post, we’ve put together a list of games that feature the highest level of visual fidelity. There is no hard and fast rule to rate the graphics of a game, and so it’s almost certain that we might miss some. Do let us know if we missed any prominent titles. We’ll be sure to include them in a future update!

Just like its predecessor and weirdly named Battlefield 1, Battlefield V has gone beyond what you would call a “good looking” game. Even without ray tracing, Battlefield V looks beautiful. The realistic light reflections on different objects, the crisp high definition textures, the shadows, all combine together seamlessly to make one hell of a WW2 game. Turn on ray tracing, and the visual fidelity goes to the next level. Even more realistic reflections, shadows, lighting effects just make your jaw drop.

A great aspect of Battlefield V is that you don’t necessarily need a beast of a PC to enjoy its beautiful visuals.

An indie game financed by Kickstarter, Kingdom Come delivers a very authentic medieval RPG experience, something that popular games in the genre like Skyrim severely lack. With a difficulty level that often makes veterans scratch their heads in frustration, this flawed jewel by Warhorse Studio manages to capture 15th Century Bohemia in all its glory, something that looks especially spectacular on a pixel rich 4K screen.

Control is Remedy’s latest offering with ray tracing which produces realistic reflections on every surface. And not just the lighting effects, Control has probably the best particle effects and the sheer number of particles that are present in one frame is astounding. Using your dash and “force push” abilities just obliterates the environment into countless tiny PhysX objects. The office setting of the game means there are a lot of desks, chairs and small appliances lying around. Dash through them, look back and you’ll see everything just fly off in the air. It looks and feels amazing!

2 is a realistic virtual implementation of Washington D.C. and the developers state that it’s a 1:1 representation of the city. Regardless of whether that’s true or not, the game has gorgeous graphics. The tattered buildings, extremely well-detailed environments and broken-down vehicles on the streets actually make you feel like a survivor in post-apocalyptic Washinton DC. Although it lacks ray-tracing, it still is one of the best looking games, period.

We all know what a train wreck Anthem’s launch was. Everything was so buggy, to the point that some players were not able to progress through the game because their character got stuck or the game just froze. And, some players even reported that their PCs crashed and they were forced to hard reset. But, we’re not here to crap on Anthem so let’s give credit where credit is due.

Visually, Anthem is stunning! The world of Anthem brings in a lot of , something that we don’t see that often. Flying around in the Javelin feels liberating and adds another dimension to the surface-based warfare that most games have. There are a lot of particle effects, dense foliage, ambient lighting, shadows, reflections, making Anthem one of the best LOOKING games of 2019.

Greedfall is the lesser sibling of CD Projekt Red’s RPG marvel. While it doesn’t quite reach the same heights as the Witcher 3, it is still a gorgeous game developed by French developers, Spiders. One of the more refreshing role-playing games of our time, Greedfall manages to match the visual complexity of titles that need a much more powerful system and as such deserves a place on this list.

Metro Exodus is one of 4A and NVIDIA’s ray-tracing marvels. Although the game looks phenomenal even without RTX, the reflections and shadows make post-apocalyptic Russia look even more haunting. This is especially true for the Taiga which makes games like Crysis 3 and Witcher pale in comparison with its picturesque sunsets.

Originally released in 2016 for Xbox One and Playstation 4, Final Fantasy XV Windows Edition was ported over to PC early last year and was notorious for being a highly demanding title that could have been better optimized. I initially started playing the game on my Intel i5-8600K (stock), GeForce GTX 1060 PC and didn’t get into it mainly because the performance and visuals were disappointing. Now with my upgraded rig, I can actually make out how much detail is present in the game. The character details on Noctis and his friends really brings them to life with their flying jackets and the sheer texture quality.

Another gorgeous game published by Focus Home Entertainment, A Plague Tale tries to capture the raw beauty of pain and suffering. The colors and the sheer level of detail this tear-jerker a sight to behold. In ways more than one, it shows how there’s beauty even amidst war and strife. Love, family, religion, and power are some of the prominent themes of this game.

Racing games have come a long way and Forza Horizon 4 is a prime example of that. It blends together the visual fidelity of an open-world game with the rush of a racing game. But why did the developers have to make the outside world in a racing game look so good? They could have just made the cars and the tracks look good. This is exactly why Forza separates itself from the other good-looking racing games like Project Cars and Dirt. You actually feel like you’re driving on different terrain and in a variety of weather conditions. See a brick wall or wooden fence? Just drive through it to see each and every brick and piece of wood fly into the air. Switch to the person to feel even more immersed. Forza Horizon 4 is a game that you should play with the proper equipment like a steering wheel, pedals and all.