Search
Home News Gaming Taking a Look at the Differences Between the East and West eSports...
Facebook
Twitter
WhatsApp 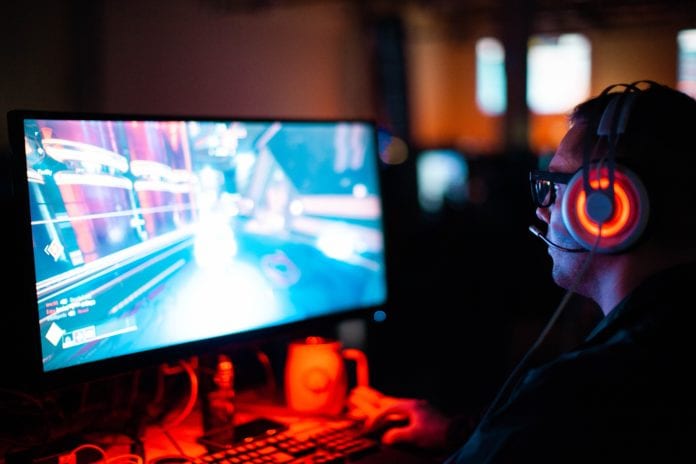 There’s been a tremendous amount of hype surrounding the rise of eSports, how it’s become a $1 billion industry seemingly out of nowhere, and how its rise could have an influence on traditional sports. However, the eSports recognised in western markets, such as the US and in European countries, and the scene in Asia differ in many different ways.

Asia is the birthplace of eSports, with the Republic of Korea being home to the very first of such professional events. It quickly spread to China, with Japan, many other Southeast Asian nations, and India now amassing large eSports scenes. Often, it’s the early mass adoption seen here that’s pointed to as the reason why eSports in the East has been superior.

However, stark differences in the cultures and preferences from Eastern to Western markets have created very different games of interest, team qualities, and even entirely new expansions on the core sport.

A key distinction between the build of eSports players in Asia and those from Western markets, generally speaking, is the preference for competition and teamwork in Eastern markets. In a venturebeat.com look at the difference between US and Chinese gamers, Chinese gamers were far more interested in the competitive side of gaming, while US gamers had a greater preference for immersion and customisation. It’s a theme that follows top-draw Eastern eSports and Western eSports, with Western markets being more about the individual.

One of the main reasons why the Korean Republic was able to become the catalyst for eSports as a whole was because of the emphasis on team play. Home gaming wasn’t a major part of the nation’s industry, but internet cafés proved to be the perfect place for gamers to come together, coordinate, and dominate team-based games, which made teamwork more sought-after than individual gains. In the Western markets, it’s the opposite, with home-based consoles and PCs lending a preference to individualism more than teamwork.

Worldwide, according to statista.com, some 22 per cent of worldwide internet users tuned into an eSports tournament by the midway mark in 2019. However, all six of the nations that clocked in with a higher percentage of internet users watching eSports than that worldwide average were in Asia. China, Vietnam, the Philippines, Indonesia, Thailand, and India all hit between 24 and 40 per cent. The highest-ranking Western market from this was Turkey at 16 per cent, and then Poland at 14 per cent. The US and UK landed with six per cent.

On Twitch, which is a predominantly Western-facing streaming platform, the leading viewing hours tend to lean towards entertainment over an eSports following. For example, Grand Theft Auto V led the charts with 253.4 million hours, none of which were eSports hours. Next, however, the titan League of Legends managed to garner 47.7 million eSports viewing hours from the 174.1 million total. After those, there’re Call of Duty, Valorant, and Fortnite, with none of them exceeding an 11.3 per cent eSports viewing hours share.

The League of Legends 2020 World Championship dominated viewership numbers that year, with the global eSport commanding over 3.8 million peak viewers, per dotesports.com. Somewhat surprisingly, though, second place went to a game not considered to be one of the pillars of eSports: Free Fire. The Continental Series Asia Opening Round earned over 2.5 million peak viewers and an average of nearly 830,000 average viewers throughout. Eastern markets propelled this, but the surprising thing is that Free Fire is a mobile game.

There’s a lot of talk about the wider eSports space in Western markets, with new companies and teams popping up for all sorts of games, many of which can’t even be termed eSports – ironically, the sports games. However, as astutely pointed out by esportsinsider.com, the Western market is really about League of Legends, Counter-Strike: Global Offensive, and, to a lesser extent, Dota 2. The Eastern market is far stronger and is even sprouting its own new sector of eSports.

India, a relative newcomer to the gaming scene, has teams in Dota 2 and has a preference for CS:GO, which is helped by star player Ankit ‘V3nom’ Panth, who we interviewed. However, mobile gaming is the main way to play and, subsequently, competitive mobile play is finding its footing. The interest due to its accessibility, convenience, and social features all have helped mobile eSports to be legitimised in all circles in eastern markets already.

The interest in mobile eSports across Asia hasn’t gone unnoticed, and as is the case with the eSports industry, it is relying on third-party companies to build around. This can already be seen in the range of eSports betting options made available in each country. As detailed by asiabet.org, Clash Royale, Honor of Kings, Arena of Valor, and Battle of Balls are the most popular to bet on, with each of the games being specifically designed as competitive mobile titles. With them being so easy to pick up, gamers can easily identify the qualities and skills needed to succeed in those they’re watching, with the free bets and bonuses only spurring further engagement.

In Southeast Asia alone, there’ll be some 250 million mobile gamers by the end of the year, per aesf.com. In other markets like China and India, numbers will rival this count. This is all because of the zero-cost entry, online connectivity, social aspects of convenience on smartphones, and the focus on competitive play. The ubiquity offered by the technology allows for the seamless integration of fans and players to turn to the eSports side, with everyone having easy access to all parts of the scene. This is why mobile eSports revenue was driven by Asia, which accounted for over 68 per cent of it in 2019.

The Western and Eastern markets of eSports differ tremendously, but with some of the biggest hitting games, at least audiences converge from all regions to enjoy the skill on show.