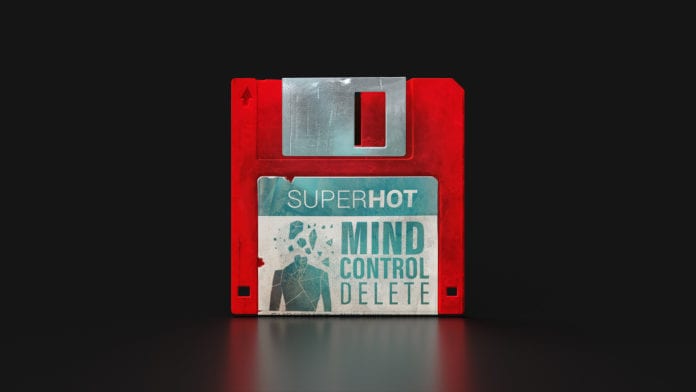 Superhot: Mind Control Delete is not a sequel to the original, or not even just a small DLC at this point. MCD is (no, not McDonald’s) a whole new standalone roguelite expansion to the world of Superhot that’s basically more Superhot with some neat additions to the overall game design.

Superhot came out in 2016 from an indie studio, to positive reception by critics and players alike (also in our Best FPS Games list), even claimed as one of the most innovative shooters of the decade by many because of its unique formula. It’s still one of the better indie games of the past decade.

Admittedly I never actually got to trying out Mind Control Delete when it was in early access, as the wait for a “finished” release seemingly never ended. With time, even the fact that there’s something more-Superhot in development slipped out of my mind as new games took its place in 3 years, until recently the 1.0 launch was announced.

What Mind Control Delete Does Different

In Mind Control Delete, players progress through interconnected nodes instead of a linear level structure. The levels are sorted in a randomly generated order, and after making it past a certain number of levels in a node, you are greeted with a very welcome choice between two random unlocked power-ups or “hacks”.

One important thing to note is that your lives carry over until the end of the current node, which consists of enough levels to make you realise how precious your lives are, as you’ll repeatedly be sent right back to the start of the node at every death, no matter how further through you were. The game starts with 2 lives by default, which can then be increased or refilled, with perks.

The hacks vary from making the reloads faster or increasing your movement speed to giving you more ammo or turning every throwable into an explosive that shoots out one-hit-kill shards in all directions.

Another thing that fuels the roguelite nature of Mind Control Delete, are the varying enemy types as you progress through nodes. There are enemies which can only be killed by hitting a highlighted spot, some that won’t drop their gun, some spiky ones that shoot out shards in all directions on dying.

Compared to the original where you died in a level, restarted, analysed enemy layout, planned accordingly, and went ahead once again from the same starting point, Mind Control Delete is absolute random in that manner.

A guy with a pistol spawned in front of you this time? Two riflemen might spawn from other spawn points next. Or maybe someone with a shotgun from the back, or two. Your starting point in the level is always random. The enemy layout, as well as type, is random. This is how Mind Control Delete manages to retain a good amount of replayability. You may die repeatedly, but replaying the level again won’t feel the same.

The disco level is a lie!

A special mention for this special level that’s exceptionally difficult – not due the enemy layouts or the fairly open level design, but because of the music. The disco level puts you in front of loud speakers bursting out heavy metal music that almost feels like Mick Gordon himself. It’s a real nice change of pace as the game doesn’t have any music otherwise. But suddenly you realise, the music deafens as soon as you stop moving. The only time in the game you get to hear something soothing other than shattering glass, it’s snatched right away from you in a way that leaves you craving for more.

It’s almost deliberately meant to instigate your inner Doomguy/Dante and send you on a kill-everything-red rampage (that is, killing 2 guys and feeling like John Wick until you get shot in the head a second later).

Superhot isn’t a game meant to be played in real-time. You’ve probably tried and realised that yourself if you’ve played the original. The slow-mo gives you time to dodge the incredibly-accurate enemies. You’ll have a bullet in your head trying to ninja-run upto one before you close up half the distance. I’m willing to bet this level was designed to make players lose. 10/10 wouldn’t recommend, unless you’re a masochist, that is.

While in overall it retains the same formula as the original, Mind Control Delete manages to expand on the base foundations in an interesting way that keeps you coming back for more, without feeling repetitive.

The developers tout Mind Control Delete being 4 times bigger than the original, but that’s not exactly true. That’s just the devs playing with words, taking into account the roguelite nature and replayability of MCD over the linear “storytelling” of Superhot.

Mind Control Delete is free for all the 2 million owners of the original. Even if you aren’t one of them, Steam went rather really generous with the regional pricing this time. Priced $15, it costs an abnormally low ₹100 ($1.34) here in India. And there’s currently a 40% discount on top of that, bringing it down to a mere ₹59, which is literally 10% of what it costs on the Xbox or PlayStation. Honestly, you can’t complain at this price, but even with a $15 price tag the replayability and challenging gameplay of Mind Control Delete make it well worth your time.