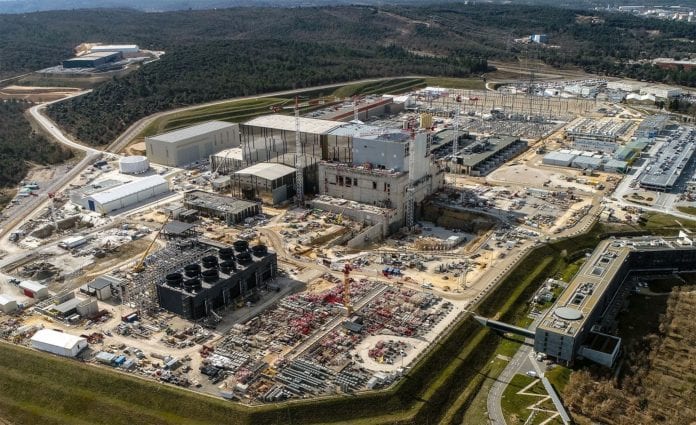 The sun is a small star when compared to the other stars in the visible Universe. This does not mean it is any different from its bigger counterparts. Essentially, all the stars produce an immense amount of heat and light due to the continued occurrence of the same physical process, nuclear fusion.

At the heart of every star, including the sun, Hydrogen molecules are constantly being fused, due to the immense pressure from the outside. The result is the Helium atom. It is a very clean method to produce energy, and scientists consider it the holy grail of clean energy.

Finally, some good news has come in on the science front. Ever since the pandemic started, the construction work on the world’s first fusion reactor commenced in France. For a long time, fusion energy was just a pipe dream for a lot of researchers, requiring an immense innovative drive and giant talent pool to draw its engineers from, this project was just the thing for multiple governments to collaborate on.

It has been 35 years since the theoretical groundwork for a potential fusion reactor was laid down. The scientists have finally broken ground by kicking off the five-year assembly phase of the massive International Thermonuclear Experimental Reactor (ITER).

The fusion reactor will be a true feat of engineering and perhaps a beacon of international collaboration when it comes to science. The project is expected to cost about $24 Billion. Since the costs involved are so huge, it is being funded by six countries – The US, Russia, China, India, Japan, and South Korea.

The reactor is expected to be capable of producing about 500 MW of thermal fusion energy as early as 2025. After going through some troubled times during the Cold War, the idea of Fusion Reactors gained interest as a potential source of clean energy. The required international collaboration also became visible because of the proposed costs that were involved.

There have been previous fusion reactors. However, they all have been energy negative; that is, they took in more energy than they produced. This is because of the immense pressure that is needed to create the right conditions for fusion.

Fusion produces four times more power for the same amount of fuel than nuclear fission, a technique that is used to produce energy in our current nuclear reactors. In addition to the efficiency benefits, there is no radioactive by-product from fusion, which also adds to its value as a clean energy source. If the ITER works, it might have been worthwhile to bring the Sun to Earth after all.