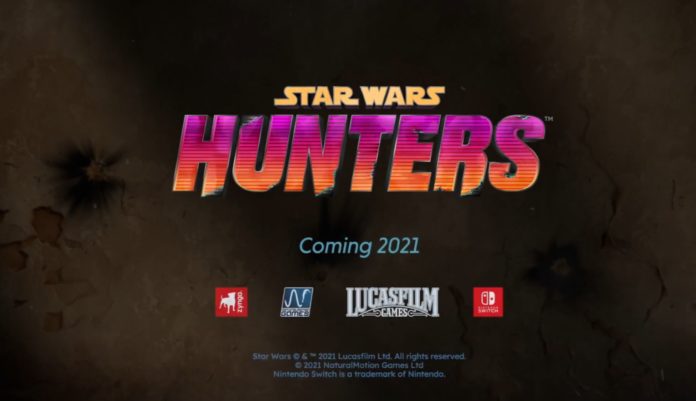 Multiple leaks and rumours suggest Star Wars Hunters, a free-to-play, squad-based shooter game, would be released for Mobile devices and the Nintendo Switch. While Mobile and Switch gamers may not be able to experience the Knights of the Old Republic Remake, which is in the making, Lucasfilm Games seems to have been working on a Game focused on touch-based devices.

According to SWHuntersNews, a Twitter account that provides news about Star Wars Hunters, today tweeted some of the in-game screenshots. After seeing the images, one thing is for sure that, the developers are trying to take squad plays of players against one another in a typical arena-shooter type situation. Digging even deeper suggests that each member of the squad probably contributing in their own unique way. If you have seen any of the Star Wars films/shows, you may already know about the characters, and this game is said to include Bounty Hunters, the Rebellion, and Imperial Stormtroopers.

From what we know so far, Star Wars Hunters should be available for download on the App Store, Google Play Store, and even the Nintendo Switch this year itself. From the looks of the game, it doesn’t seem like it may have any Single Player Campaign mode, but its tone makes it look more like a third-person shooter game that could very well be like Fortnite. As this is a free-to-play game, it seems like the Developers would also have to stay careful with their decisions, as while EA may not be a part of the development of this game. Still, microtransactions are something that could easily destroy the experience of a good, free play game in most instances.