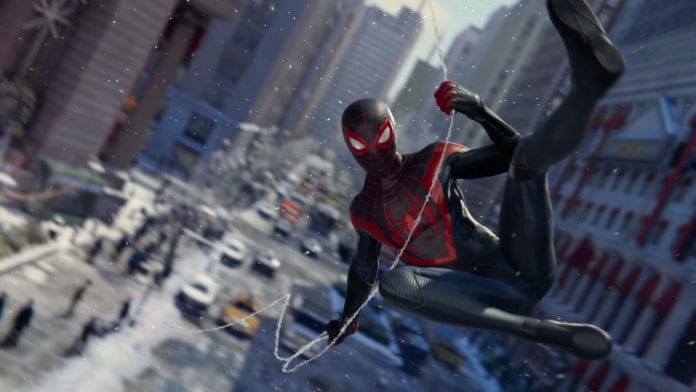 Insomniac Games has confirmed that there will indeed be a 4K/60 FPS performance mode in Spider-Man: Miles Morales. The PS5 launch title debuted over a month back when Sony revealed the console alongside it.

The debut trailer for the game, while looking gorgeous, was locked at 30 FPS. This suggested that Sony, like many of its first party titles, would be sticking to 30 FPS when it came to PS5 exclusives. This came off as a little disappointing as the PlayStation 5 has a strong CPU at its heart to support higher framerates. Now, with confirmation that Spider-Man: Miles Morales’ will have a 60 FPS performance mode, that too at 4K, there’s reason to believe that more PS5 games might offer the same.

We reviewed the first Spider-Man game on PS4, and while it was praised many gamers did wish for a 60 FPS mode on the PS4 Pro at least. Spider-Man is a perfect videogame property that can benefit from higher framerates, and the news about the PS5 spinoff taking advantage of it is bound to be received positively.

One thing that does stand out a little is the inclusion of 4K resolution in Insomniac’s tweet. Traditionally, with PS4 Pro titles, games offered either a dynamic/upscaled 4K resolution or a performance mode at a lower resolution for higher framerate. A notable example is 2018’s masterpiece- God of War, which was locked at 4K 30 FPS & optional 1080p 60 FPS mode on PS4 Pro.

It’s possible that the 60 FPS mode will remove heavy hitters on the AMD GPU like raytracing (As Richard Leadbetter from Digital Foundry suggests). In any case, you’ll be able to choose between higher fidelity with raytracing, or higher framerate with some settings slightly turned down. However, the fact that both modes are targeting 4K is good news.

Spider-Man: Miles Morales has been confirmed to be a launch title for PS5, both of which are targeting a Holiday 2020 release.