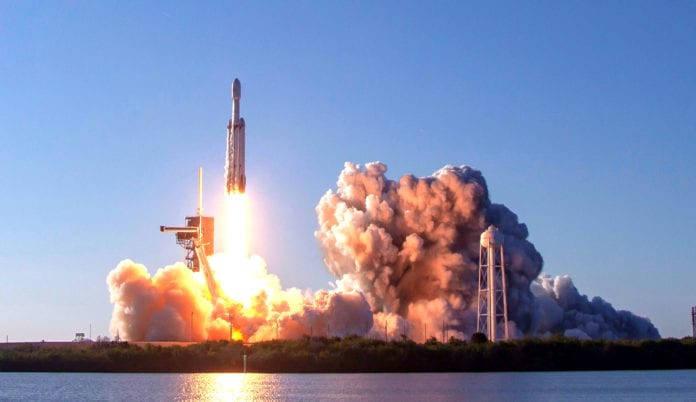 History was made again on 30th May 2020, as the Falcon 9 took off from Launchpad 39A, of the Kennedy Space Center at Cape Canaveral, the same launchpad that carried Neil Armstrong and other astronauts to the moon on the Apollo 11 mission in 1969.

After 9 years, since the Shuttle Program was retired in 2011, Astronauts launched for the first time from American soil. For those 9 years, the whole world was dependent on the Russian Soyuz Rockets to carry astronauts to the International Space Station (ISS). Moreover, SpaceX became the first-ever private enterprise to carry humans to space, marking the beginning of a new era of spaceflight, dominated by private players.

But again, hidden in these numbers and figures are the real achievements of the jewel in Elon Musk’s crown. SpaceX began its first launch only a decade ago, and in such a short time, it managed to create one of the most sophisticated, advanced and reliable systems, surpassing industry giants and veteran players like Boeing and Lockheed Martin, and that too, at a fraction of the cost.

In 2014, when NASA floated the contract to start the Commercial Crew Program, calling on private companies to create crew modules to carry humans to the ISS, Boeing and SpaceX were the two main players. Hence the contract was awarded to both of them, with the elder brother Boeing, getting a majority of the paycheck, about $4.2 billion, while SpaceX was handed over $2.6 billion, for the exact same task.

Boeing had been a reliable partner of NASA for decades, and Boeing itself has been a leader in the aviation industry with an experience of over a century. Many critics argued that Boeing should receive the entire paycheck, and naturally there was scepticism about a new player like SpaceX. NASA still chose both, but the odds for SpaceX were really low.

That is where the underdogs thrived. Boeing was a traditional company which had always focused on safety, meeting standards, and following regulations before anything else. Hence, their projects would span over a longer period of time, and each part and system used, would be individually qualified at first, before compiling them thus ensuring that their real-world tests were near perfect. This was a great model for Civil Aviation, where rigorous safety standards are a top priority. But space was a different ballgame.

SpaceX represented the new-age millennial workhorse, just like the Silicon Valley giants we see today. It focused more on ideas and innovation, and made ambitious plans and targets for themselves. But the most important thing; the one that made the greatest difference – their willingness to fail.

They were not afraid to fail and blow up. They realized that a lot can be learnt from failures, and that did not stop the flow of ideas. They kept on iterating over the Ideation, Creation and Test cycle, over and over again, each time analysing their failures, and tuning things to make it work better.

Their hard work eventually paid off, and SpaceX was able to create the Crew Dragon, at a lower cost, and in less time than its competitors. Not only that, but they also focused on their aesthetics, with their futuristic spacesuits, and elegant rockets, building a loyal fan base. SpaceX has redefined spaceflight for us, and with its ambitious plans and relentless approach, continues to inspire people worldwide.

You can watch the video of the entire launch here.