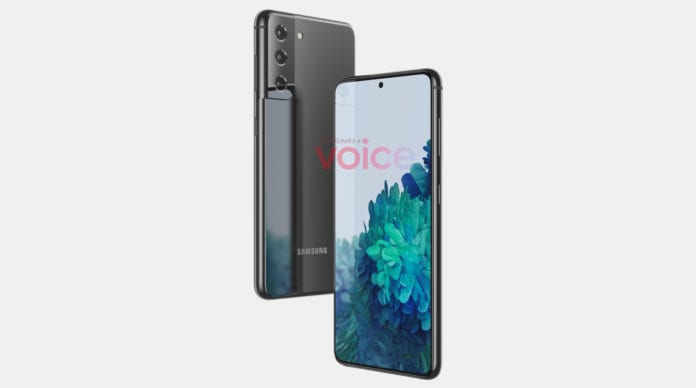 The Galaxy S21, Samsung’s upcoming flagship is already grabbing the spotlight because of its quirky design, but now it’s again in the headlines for getting spotted with Qualcomm’s latest and greatest Snapdragon 888 chipset.

The Samsung Galaxy S21 has already appeared on a bunch of certification portals including the Bureau of Indian Standard. Recently tipster Abhishek Yadav spotted Samsung’s next bearing the model number SM-G991U on the Geekbench running on “Lahaina”, which is a codename for the Snapdragon 888 SoC, coupled with 8GB of RAM and running Android 11.

The Snapdragon 888 has already appeared on AnTuTu last month under its codename “Lahaina” scoring 847868. In contrast, the Snapdragon 888 powered Galaxy S21 has quite an unimpressive single-core score of 1075 and a multi-core score of 2916, which hints that Samsung is still working on optimizing the chipset for its flagship smartphone. Someone might have managed to put a preproduction unit on the test.

The debate continues: Snapdragon Vs Exynos

There’s not much known about the upcoming S21 lineup. Still, we do know that it will be sporting an all-new design and will be having three different models- the vanilla Galaxy S21, Galaxy S21 Plus. Galaxy S21 Ultra having codenames O1, P3, and T2, respectively.

Samsung’s ‘S’ Series set to replace its own

Meanwhile, some rumours have suggested that the ‘Ultra’ model of the Galaxy S21 series is expected to come with S-Pen support replacing Samsung’s own Note series in favour of company’s foldable smartphone lineups, the Fold Z and Flip Z.

Samsung is preparing to launch the Galaxy S21 series early this year, most probably in January 2021 as the South Korean giant is still struggling with its current flagship suite and want to make for the poor sales performance of its Galaxy S20 and Note 20 lineup.