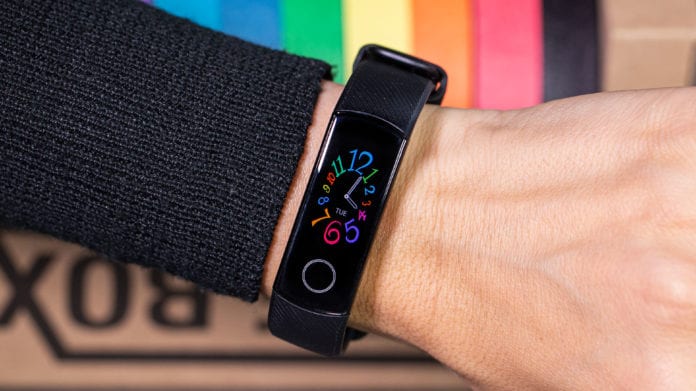 Smartwatches aren’t everyone’s cup of tea. They’re large, slightly expensive, and don’t justify the premium they demand in the Android universe. There just isn’t deep enough Android Wear integration akin to the Apple Watch’s rather uninterrupted monopoly in this space. In essence, customers who are looking for value prefer more compact smartbands that display the required notifications and double up as a great activity tracker – all without burning a hole in your pocket of course! With so many options to choose from, we here at TechQuila would like to accompany you on your quest to choose the smartband that’s just right under 3000 INR.

This is perhaps the king of value when it comes to sheer hardware. The Honor Band 5 is the only smartband on this list that comes with SpO2 monitoring in addition to having a heart rate scanner and the usual bells & whistles. Moreover, the Honor Band is for sure the most accurate on this list when it comes to activity tracking. Perhaps the only letdown is its not-so premium build and rather lackluster outdoor visibility. Here’s an added nugget – the companion app is THE most informative when it comes to sleep tracking or even basic exercise (despite the interface looking a bit dated)

Perhaps the most cohesive feeling product on this list, the Mi Band is very well put together with easy band swappability. Where the Mi Band 4 truly excels is in its 3rd party support – both in terms of hardware and software. Xiaomi has refined its flagship smartband offering with a cleanly functioning companion app and enough diversity to allow third-party developers to contribute added features and functionality. This is something that other offerings in this space just cannot match up to. Despite not having the most accurate or the most descriptive exercise tracking, the Mi Band 4 excels when it comes to salient notification support and intuitive media controls. You can get an in-depth look with our review here.

So, which one would we pick?

Despite the Honor Band 5 being better suited for people who prioritize accurate activity tracking (that’s me), I feel like that the advantages that the Mi Band 4 has in terms of third-party app support makes it the winner here by a small margin. I love how the Mi Band can use its notification support to push turn by turn navigation using Google Maps on your phone (you need a 3rd party app for this). Things like these – the added goodies are something you’ll never get on the Honor Band 5 thereby making the Mi Band 4 the best smartband under 3000 INR.