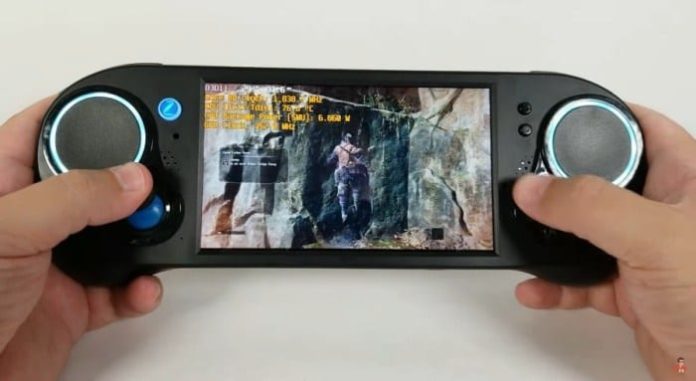 The unit sent over to him reportedly contains an AMD Ryzen V1605B quad-core processor, AMD Radeon Vega 8 graphics, 32GB of RAM, 256GB of storage, a 5MP camera running Windows 10. It also features a 6 inch full HD display sandwiched between the controls. These specs make the Smach Z one of the most powerful handheld consoles yet and that shows in its benchmark performance.

It scores 5117 points in 3DMark Sky Diver, 1539 in Fire Strike and 6319 in Cloud Gate. The performance is excellent compared to its competitors like the GPD Win 2 since it nearly doubles some of the scores.

The chip featured in the prototype is running at about a 15 W TDP, though, so it might not even be at its full potential. After a bit of effort, The Phawx was able to run it at 25 W. He did manage to disable two cores, too, letting the others run faster. This allowed him to play Sekiro: Shadows Die Twice at about 30 frames per second.