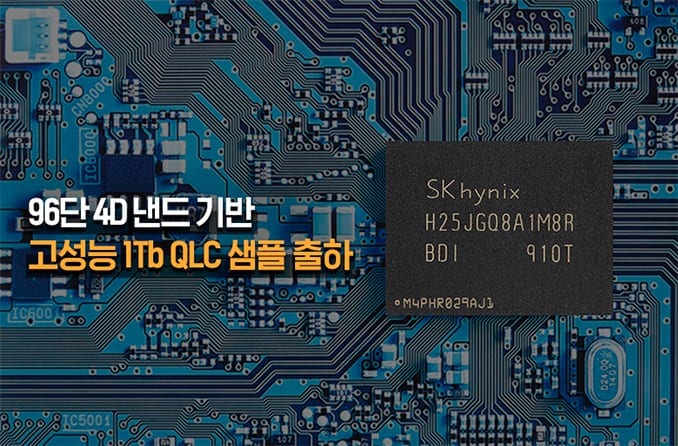 South-Korean memory manufacturer SK Hynix has announced that it is now sampling 96-layer, 1Tb QLC NAND chips for even denser solid state drives. These SSDs, courtesy of QLC technology will not only be cheaper but also come in notably higher capacities (of up to 16TB). The 1Tb chips leverage the charge trap flash (CTF) design along with the peripheral circuits under cells (PUC) architecture and are officially named “4D NAND”.

Here the logic including the address decoding and page buffers is present beneath the memory layers to cut down on die size resulting in 10% lesser area compared to the competition. Similar to the rest of the Hynix 3D-V5 devices, the 1 Tb 3D QLC chip has a 1.2 Gbps Toggle 3.0 I/O and a 64 KB page size, with an 18 MB block size. This further speeds up the performance of the 3D-V5 drives compared to their predecessors.

Hynix is also working on Data Center based SSDs which will be the ones that actually come in storage sizes of up to 16TB while the consumer drives will range in the 2-4TB range. They are expected to come out next year.