“The Devil is at his strongest while we’re looking the other way, like a program running in the background silently, while we’re busy doing other shit.”

In Mr.Robot, a techno-thriller  series by USA Network, we are introduced to Elliot, a cyber security engineer and vigilante hacker by night, as stated by our protagonist himself. However, that’s not all he has to offer. Elliot suffers from a mild form of societal anxiety disorder, and as a result pays visits to his psychiatrist, commenting on the social disorder and chaos of the world.

Elliot works for a company called AllSafe, whose biggest client is E-Corp, the largest conglomerate in the world. Ironically, he hates his job, and above all hates E-Corp. In his eyes this company is evil, as he remarks upon how it has ruined lives and continues to do so by the power of debt and loan in a starting monologue.

In Elliot’s world, the highs and low (but mainly lows) of E-Corp are so great, that he has reprogrammed himself to see and hear “Evil Corp” whenever E-corp is mentioned in his life, and as a result, it’s what we as an audience hear whenever the company is mentioned by the characters.

After a critical attack on E-Corp, Elliot finds that the players behind the attack, ‘fsociety’ has been tracking his movements and have actually sent out an invitation, one that only he could uncover.

Eerily reminiscent of the plight of The Matrix, you can never be certain what Elliot sees or encounters are real. Enter Mr. Robot, a mysterious man who offers help to Elliot by taking down corporate America, that is, take down E-Corp. As it turns out, Mr. Robot works for fsociety, and has come to make Elliot, & the world, aware of it.

The show follows Elliot’s quest to dive down this conspiracy while at the same time battling his psyche about the reality of the situation he has landed himself into.

The series portrays ethical hacking as close as it can to reality, not using any of the tropes that other films and shows have used where 2 button presses can lead to the Pentagon’s secrets. It goes out of it’s way to keep things as real as possible.

Rami Malek is perfectly cast, amazingly taking upon the shy-introvert hacker stereotype while adding enough emotion to keep us suspended in thought. Similarly, Christian Slater as the titular Mr. Robot is mesmerizing. Other notable actors include Martin Wallström, Carly Chaikin & Portia Doubleday, all of whom have put in commendable effort.

The show is beautifully shot. Sam Esmail, the creator-writer-director knows how to set a frame and position characters in it. Cinematographers Tod Campbell & Tim Ives have done astounding work behind the frame. As such, they always puts their characters near the edge of the frame and the objects (read: tech stuff) near the middle, creating a sense of claustrophobia from technology which brilliantly illustrates the struggles of our characters against the world they inhabit.

His directorial style clearly takes inspiration from David Fincher, wherein lighting and color is used in conjunction with smooth tracking shots, and medium close-up shots to establish character and tone. So much so, that there are even reddit threads dedicated to cracking the mystery behind such decisions.

Speaking of Fincher, it’s apparent that the show provides homages to many of his works, particularly The Social Network. It manages to provide social commentary without being too on-the-nose.

All in all, Mr. Robot is a brilliant techno-thriller which manages to tell an intricate, provocative story within the genre it serves while at the same time being an interesting character study of its many multi-dimensional characters. 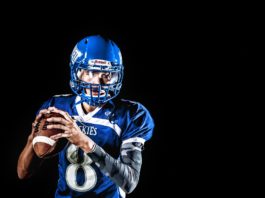 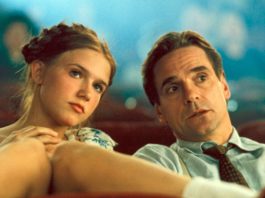