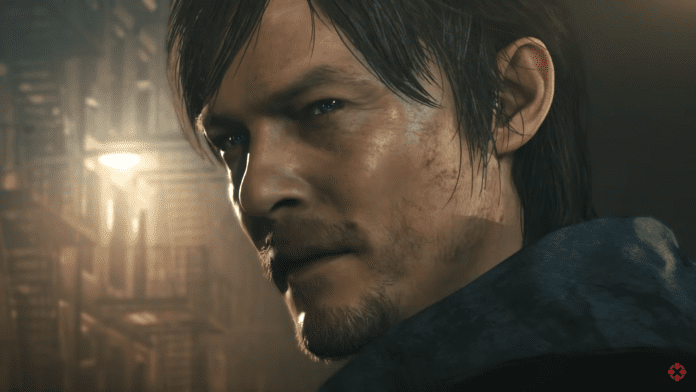 The Silent Hill-Hideo Kojima speculation holds the gaming world in its palm right now. Who doesn’t love a good old conspiracy theory? I sure do! And when it’s related to a classic game series and one of the most legendary game directors of all time, it’s even better. Let’s talk about it.

History of the Silent Hill and Hideo Kojima’s Relationship

Hideo Kojima and the Silent Hill games have had a long, storied history. It started when Konami, the publishing studio responsible for developing games like Metal Gear Solid V: Phantom Pain released a Demo called “P.T.”, or “Playable Teaser”.

The game was developed under the guise of 7780s Studios by Kojima productions, which is Hideo Kojima’s own development studio. Once you complete the demo, you get the Silent Hills game screen, as well as a small teaser as a surprise, confirming the development of the game by Konami.

The game Silent Hills never came to be, however, as Hideo Kojima exited Konami amid tons of controversies and bad blood between the company and the developer. In one fell swoop, the entire project was caput and the Silent Hill franchise was dead, again. And outside of certain comments about the series, that is where we are right now regarding the relationship. Or we would have been, a week ago.

Talking About the Rumours, One at a Time

Keep in mind, there are tons of rumours floating around on the internet, and most of them don’t mean anything. If anything, some of them are desperate Silent Hill fans looking for stuff to relate with the new game rumours.

[Note: A lot of the following have been aggregated from various public forums like Reddit. The author has linked back to all the sources from the speculative discussions with their own opinion]

Things to look out for here are that they seem to indirectly refer to the Silent Hill games. Also, Hideo Kojima, the developer of the Original P.T. and founder of Kojima Studios has used fake studios for his games before, as 7780s studios in PT proved.

Probability of being legitimate – Moderate, since the company already tweeted that they don’t have a relationship with Konami and Silent Hill. It could still be a red herring, so be vary of that.

The Blue Box – In every trailer of any in-house PlayStation game, the PlayStation logo glows blue for a while creating a blue box, implying Sony created the studio as a bait for a proprietary game.

Chance of being legitimate– Low. Come on, it’s just a blue box.

Kojima recently posted a pic with a Blue Box in his hands. Not much else there, except that it links Blue Box studios and Kojima together.

Chance of being legitimate– This is just altogether baseless, although I will feel like an idiot if it all comes true. Very low.

The Kojima Tweet – Hideo Kojima is a known troll and deliberately messes with the internet sometimes. This could be one of his troll-jobs, or it could be a Silent Hill tease. It is just a tweet with “Silent” and “Hill” on it. No big deal.

Chance of being legitimate – Moderate. Kojima likes to mess with people, and that could go both ways here.

Konami Merch – Konami of all companies just teased us about some Silent Hill merchandise coming to their shop. Again, this could be just a coincidence, or it could be a chance to profit off the buzz.

Chance of being legitimate – High. The merchandise is coming, one way or another. If the game comes along with it, sweet!

Curious details about Blue Box Studios – First of all, there are no trademarks saved for Blue Box Studios, when they claim they do. Why would a would-be prominent studio lie in its trailers?

Their Youtube Banner is just a bunch of hills, as in Silent Hills. The Blue Box Studio Logo is just the colours of the PlayStation Studios logo but inverted.

“Blue Box” is also a term used for phone scams. This company sounds shifty, if not a downright troll job, by Kojima or somebody pretending to be him.

Chance of being legitimate – Very high. It does seem really fishy if you ask me.

The Geoff Keighly connection – The former host of G4TV and prominent video games even host follows the company on Twitter and Instagram. He has also confirmed being in talks with the company to promote the game. This one doesn’t have that much substance and is just a neat little detail.

Chance of being legitimate – Very low, Geoff follows a lot of people, guys, come on.

The Abandoned trailer hints – In the trailer of Blue Box studios’ Abandoned, at the 0:49 second mark, the letters P and T are covered by the trees. P.T. as in the original demo of Silent Hills. It was also announced that the Abandoned game would get its own app on PS5, to render its trailer in real-time. No other studio, even a major one, has received this kind of attention from Sony and indicates something big is on the horizon for the company.

Chance of being legitimate – High. Why P.T.? Why specifically? What has Black Box done to get their own app on the PlayStation store? This is weird.

Blue Box Studios, again- I’m telling y’all, this studio is WEIRD. It was founded in 2015, a year after Kojima and Konami broke up. That’s all well and good, but the only game they ever made before “Abandoned” was called “The Whisperer”, which they didn’t finish and another studio had to complete. The game also has the same black hand in its logo as Death Stranding, another Kojima Project.

They have a cancelled game, named Lost Tapes. Lost Tapes is also a song in the Metal Gear Solid 5 Soundtrack, A Kojima game.

Chance of being legitimate – Very High, this studio is weird.

Exhibit J – A Nail In The Coffin?

Hasan Kahraman- The final Rumors are about the head of BlackBox Studios, Mr Hasan Kahraman. He has the same initials as Hideo Kojima.

Hideo and Kahraman mean the same thing in Japanese and Turkish respectively, Hero.

Hasan Kahraman has a PlayStation account named Sneakywarrior, with 1238 trophies, the same as a Japanese Silent Hill Commercial.

Chance of being legitimate – Not very high, most of these seem reaches.

So, we have reached the end of this rabbit hole. Was it fun? Certainly. Was it worth our while? I think so because it was fun. Is any of this going to be true? Who knows? Certainly not me, although I have given you all the proof I have in its favour as well as against it.

You’re smart, and you’ll probably have an opinion of your own regarding this. Sony is rumored to have a game conference of their own sometime later. Maybe we’ll find out if this was all true, or just a prank somebody played on us. Have fun speculating!