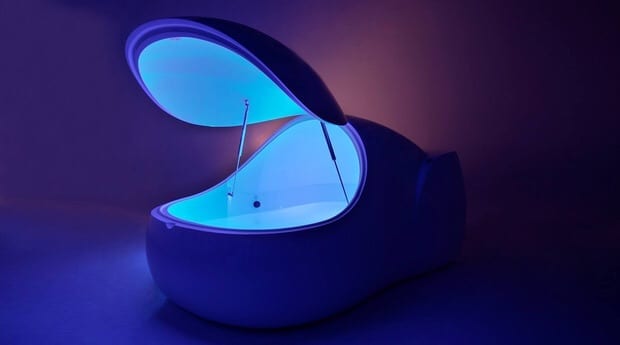 People have been fascinated with the working of the human mind since the beginning of time. A number of experiments have been conducted as a result of this concept. Certain experiments performed actually seek to broaden the horizon of our minds. One of these demonstrations is sensory deprivation.

Literally, sensory deprivation or perceptual isolation is the deliberate reduction or removal of stimuli from one or more senses. Blindfolds and earmuffs can be used to cutoff sight and hearing, while more advanced devices like an isolation tank can be used to remove the senses of smell, touch, temperature and even gravity.

The Ganzfeld Effect is a related phenomenon in which a constant stimulus is applied on a person. This has some effects that are similar to sensory deprivation.

Remember Eleven from the hit Netflix series Stranger Things? This is the technique they employed when she had to contact Will in the Upside Down. While we might not be able to visit parallel universes (yet), a lot of people have reported anxiety, hallucinations and even depression after a long session of sensory deprivation. Shorter sessions, however, have been reported as refreshing and making one alert.

The people undergoing chamber REST lie on a bed in a dark and almost sound proof room. Their movements aren’t controlled by any restraints and they are free to talk to the people monitoring them via intercom. They are allowed to leave the room whenever they wish to. However, people rarely leave before their session is completed.

The person is immersed in a tank or pool filled with water at body temperature mixed with Epsom salts of a certain specific gravity. This solution allows the person to float safely and helps them feel weightless and reduces the sense of touch.

A typical floatation REST session lasts about an hour. For the first 40 minutes, the person might experience itching all over his body however, in the last 20 minutes there is a major change. Normally, a person experiences alpha or beta brain waves but during these 20 minutes, it changes to theta waves. Theta waves typically occur for a little while before one falls asleep. This state apparently has a positive effect on our bodies and leads to better problem solving and creative abilities.

In floatation REST, pain and stress reduces and it has been shown to have a positive effect on one’s mental health and well-being.

Sensory deprivation has had some psychedelic effects.  An experimental study took 20 volunteers who were placed in a completely dark, sound proof room for 15 minutes. Hallucinations, heightened sense of smell, even the ‘presence of evil’ was reported by them. However, many studies suggest that long periods of isolation isn’t directly related to the hallucinations.

The security forces in Northern Ireland used five techniques of sensory deprivation to monitor and interrogate prisoners. The techniques employed were wall-standing, hooding, subjection to noise, deprivation of sleep and deprivation of food and drink. This practice was later declared as ‘too inhuman’ and hence was discontinued.

Sensory deprivation used for therapy and relaxation purposes might benefit people, but is it ethical? That’s for the public to decide.