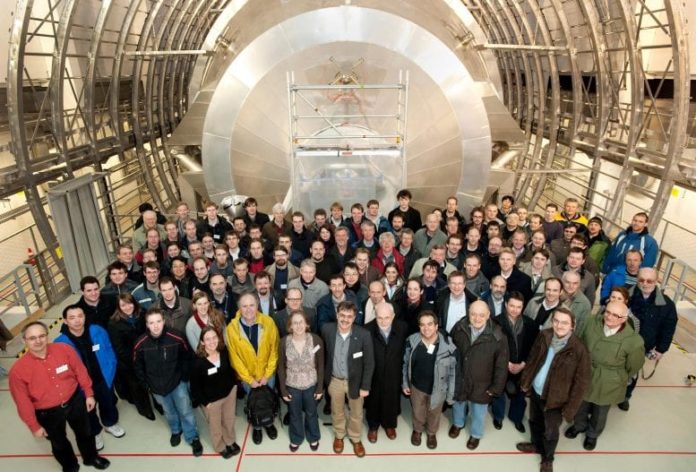 Measuring the mass of Neutrinos is so hard that only the upper limit of their mass has ever been predicted. Recent news coming in from Germany indicates that one of the most accurate predictions of Neutrino’s mass has been made.

Earlier this month, the Karlsruhe Tritium Neutrino (KATRIN) experiment determined the mass of a Neutrino to be 1.1 eV. This measurement is almost a two-fold improvement over the last analysis of 2 eV. Guido Drexlin, co-spokesperson for the KATRIN collaboration, presented the results of the experiment on September 13th at a conference in Toyoma, Japan.

Neutrinos are the lightest of all subatomic particles. They are so light that they can pass through matter un-detected. This makes anything to do with Neutrinos extremely hard. Scientists predict that almost 100 trillion Neutrinos pass through your body every second.

KATRIN collected the data over sometime in April and May. KATRIN measures the mass of a neutrino by observing the decay of a heavy Hydrogen isotope called Tritium. When a Tritium atom decays, one of its Neutrons turns into a Proton and emits an Electron and a Neutrino. As we cannot measure the mass of a Neutrino directly, we estimate the range of the energy of the Electron that was shot from the decaying Proton.

This discovery holds great promise for humans as a species and it might just be one of the greatest scientific quests of our time.