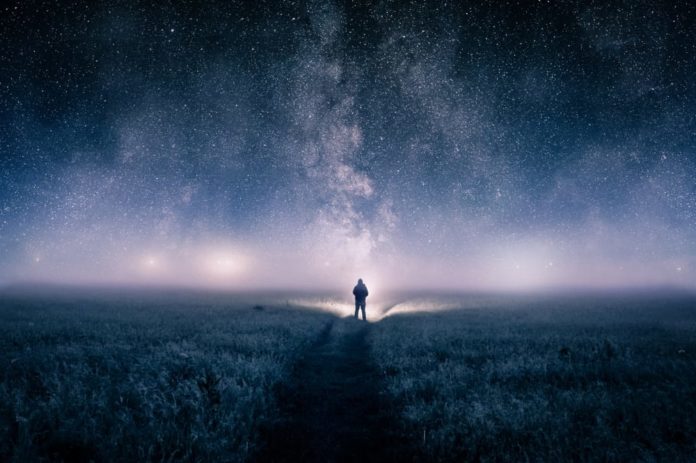 At one point in time or another, we all have heard the rather bizarre and unsettling theory that Life on Earth might’ve originated on another planet and brought here by an interstellar comet. Well, if you thought that this was one of the most impossible theories out there, physicists have something else up their sleeve. A pair of astrophysicists at Harvard University have proposed a wild theory of how life might’ve spread through the Universe.

The speed of the comet would’ve been sufficient to bury the microbes deep in the icy heart of the comet. This would’ve protected the microbes from the fatal radiation of outer space as it left the atmosphere for its distant destination among the stars. When the comet reached an exoplanet, potentially millions of years later, it would deposit the living microbes on the surface, kickstarting the process of life and evolution.

It is important to note that this is just a hypothesis. We do not have any idea whether this happened or not, although the researchers have opined that the act of deposition of life on comets through the grazing of the upper atmosphere should’ve happened a couple of times in Earth’s history.

The premise and the conclusion of the study leave a lot to be sceptical about. The mere fact that deposition of life could’ve happened does not mean that the microbes could survive the long and dangerous journey through the stars. Despite all the reasons stated, there is no reason to reject this study outright as long as it is not impossible.