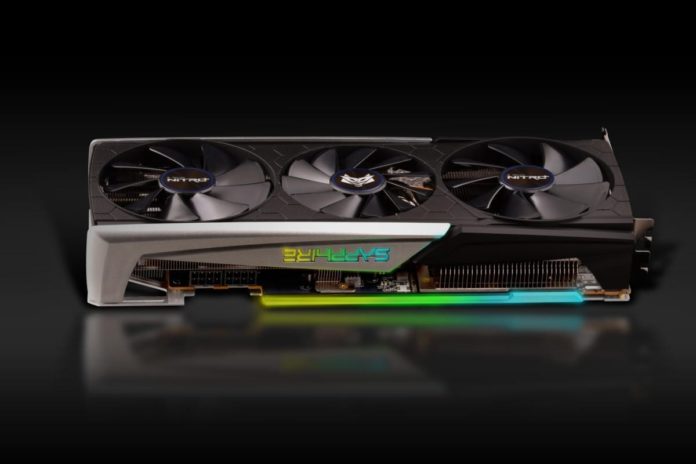 Once in a while, an AIB card just sweeps you off your feet. Whether it’s the beautiful cooling on the R9 Fury Nitro (2017 me’s favorite possession), or the absurdly high overclock on the RX 580 Nitro, or the…well you the picture. Sapphire doesn’t just make good AIB Team red cards. It makes some of the best.

It’s no surprise, then, that the 5700 XT Nitro+ is a work of art. The subtle RGB lighting and triple fan design are good all by themselves. But what sets the Nitro+ apart is the mammoth overclock Sapphire’s put in place. We’re looking at a card with a game clock in the 1900 MHz range. You’d expect a reference 5700XT to run hot and noisy at these frequencies, but the Nitro+’s phenomenal cooling solution doesn’t even break a sweat.

Moreover, the high overclock translates into real-world gains. Nvidia pulled a fast one on AMD by releasing the Super line. The GeForce RTX 2070, which the 5700 XT was supposed to compete with, was suddenly made redundant by the 2070 Super. This made the 5700 XT a difficult value proposition since we’re talking about a slower card with no ray-tracing. AMD’s $100 preemptive price cut helped things out, but we were waiting on AIB 5700XTs to finally take the fight to the 2070 Super. And that’s exactly what the Nitro+ 5700 XT does. While this is still a slower card than the 2070 Super, the hefty overclock narrows the gap to a single-digit lead in many games, with the AMD card actually pulling in front in several titles.

We’d be amiss if we forgot to mention Trixx Boost. Sapphire’s “boost” feature here is little more than custom resolution upscaling. Enabling this option allows you to upscale from a slightly lower resolution to 1080p, 1440p, and 4K. While this can (obviously) be done on any other card with CRU, this is the first time we’re seeing an AIB manufacturer packaging this functionality into their official overclocking tool. As expected, Trixx Boost increases framerates substantially, with only a minimal loss in visual fidelity.