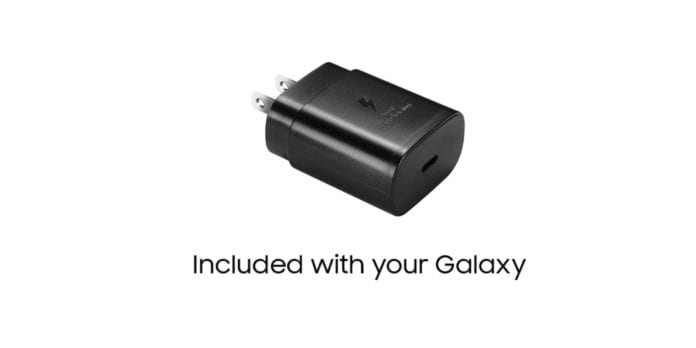 iPhone 12 series will not include a charger or EarPods in the box. The latest iPhone series was announced in a virtual event recently. Samsung, which is Apple’s biggest rival, used this opportunity to mock Apple with a hilarious poster. Since then, the post has been shared widely and it gave a laugh to thousands.

Samsung wrote on Facebook on Wednesday, “Your #Galaxy does give you what you are looking for. From the most basic as a charger to the best camera, battery, performance, memory and even 120Hz screen on a phone” and shared a picture of a black charger with caption – “included with your galaxy”.

Some also attacked Samsung for copying Apple and removing the headphone jack from its phones. One person wrote, “Samsung first made fun of unavailability of the headphone jack and proceeded to remove it anyway, so is it the same scenario again.” One other said, “Just gonna save this image for when you decide to do the same thing two years later or so…”

‘Growing Up’ with iPhone

This is not the first time that Samsung has subtly thrown shade at Apple. In an ad released by Samsung in November 2017, it mocked Apple. It took apple through the previous 10 years and leaving them there. The ad was titled ‘Growing Up’.

The ad shows a devoted Apple fan, from his first iPhone in 2007 to the latest one in 2017. While he switches loyalties, Samsung subtly points to the drawbacks in iPhones while comparing it to its own phones; from Apple’s lack of storage space to non-waterproof phones. The ad ends with showing the ex-Apple fan walk past the line for iPhone X.

As with the current scenario, not everyone appreciated this move. One user on Twitter commented, “Why does Samsung continue to run its ad campaigns around dissing Apple, doesn’t that make the customer think already that Apple is King?”

By attacking Apple head-on, Samsung’s marketers believed they could establish themselves as the challenger brand. They thought it could be a war similar to that between Coke and Pepsi. But is it possible to attack Apple without looking petty, without giving it a free advertisement, without looking like the smaller dog in the pack who barks the loudest then gets laughed at?

The Apple and Samsung war is not new. These are the world’s top smartphone makers and they have been fighting over the market share for years. We cannot expect this war to die anytime soon.