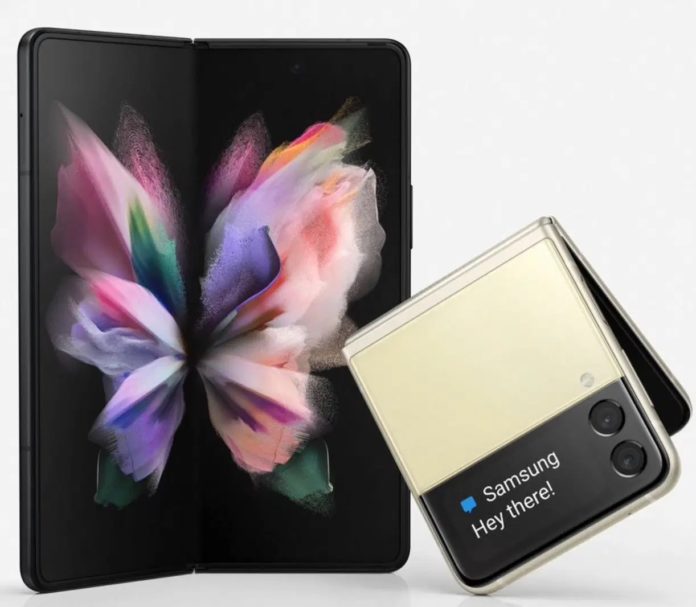 After countless leaks and rumours, Samsung has officially announced its most-anticipated foldables at Galaxy Unpacked event today, bringing the hype to an end. Dubbed Galaxy Z Fold 3 and Galaxy Z Flip 3 brings a host of new features and innovations over its predecessors. Both the devices’ specs fall in line with the reported rumours and have been launched at a lower price tag, presumably to boost demand for foldables.

The Galaxy Z Fold 3 comes with a 7.6-inch primary QXGA+ (2,208×1,768 pixels) Dynamic AMOLED 2X Display. The smartphone also has a cover screen with a 6.2-inch HD+ (832×2,268 pixels) Dynamic AMOLED 2X Display. Both the displays support 120 Hz adaptive refresh rate. The cover display is protected by Corning Gorilla Glass Victus, while for the inner display, Samsung claims that it has increased the durability of its flexible display by about 80 percent over the predecessors by redesigning the layer structure and using a new protective film. The new foldable phone is IPX8 certified for water resistance and features an aluminum frame, which Samsung calls Armor Aluminium.

Under the hood, the device is powered by a 5nm octa-core SoC having a maximum clock speed of 2.84GHz, which is probably the Snapdragon 888. It is paired with 12GB of RAM and up to 512GB of UFS 3.1 internal storage. Galaxy Z Fold 3 packs a 4,400mAh dual-cell battery with 25W fast charging support.

Coming to the optics department, it comprises a triple camera array similar to what we had on last year’s Galaxy Fold 2. It features a 12MP primary camera with an f/1.8 wide-angle lens and optical image stabilisation (OIS) support, a 12MP ultra-wide camera, and a 12MP sensor with a 2X telephoto lens that has OIS support. The device features a 4MP under-display camera, which is one of the highlight features of Galaxy Fold 3. There is a 10MP front camera housed inside the hole-punch cutout on the cover screen.

Galaxy Z Flip 3 sports a 6.7-inch FHD+ Dynamic AMOLED 2X Display with 120Hz adaptive refresh rate. The phone has a dual-tone rear finish and houses a larger cover display of 1.9-inch over the 0.98-inch available on the last-gen. The resolution of the external display is 260×512 pixels. Just like Fold 3, the Flip 3 has Corning Gorilla Glass Victus protection, IPX8 water-resistance certification, and an Armor Aluminum frame.

Just like Galaxy Fold 3, the device is powered by a 5nm octa-core SoC having a maximum clock speed of 2.84GHz, which is probably the Snapdragon 888. It is coupled with 8GB of RAM and 128GB or 256GB of UFS3.1 internal storage. The phone packs a 3,300 dual-cell battery with 15W fast charging support.

As for optics, the phone features a dual-camera setup that carries a 12MP primary sensor with OIS and a 12MP ultrawide camera. On top of its folding display, there is a 10MP selfie shooter.

Samsung Galaxy Z Fold 3 will be available in Phantom Black, Phantom Green, and Phantom Silver colour options. Samsung Galaxy Z Flip 3 will come in Cream, Green, Lavender, Phantom, and Black colours, while the Pink, White, and Gray colour options will be exclusive to the Samsung.com website. Both the devices will be available for purchase from August 27 in select markets including the US, South Korea, and Europe.