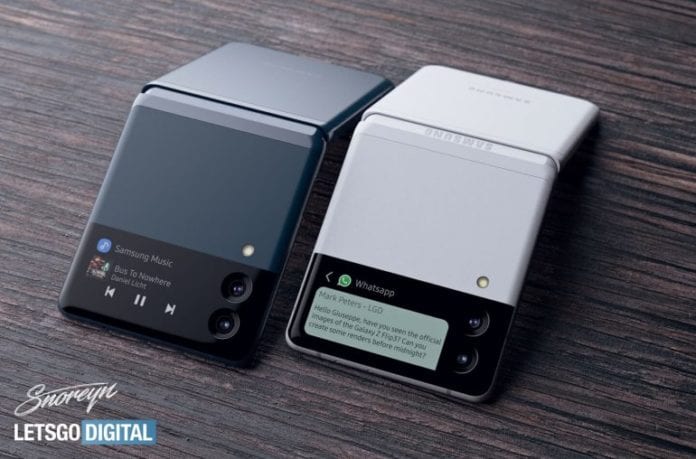 Samsung is rumoured to unveil the much-anticipated foldables Galaxy Z Fold 3 and Galaxy Z Flip 3 in the first half of August. But ahead of any official confirmation, the design and features of both devices have already surfaced online. Now, in the latest development, the apparent price of the clamshell foldable has been tipped online.

According to Twitter tipster FrontTron, the Galaxy Z Flip 3 price could start at around $1,249 (~Rs 92,833) for the basic 8GB RAM and 256GB storage option. In any event, this leaked pricing suggests that the Galaxy Z Flip 3 will be $200 cheaper compared to the original Galaxy Z Flip smartphone ($1,450). Further, the tipster has cautioned us to take this piece of information with a pinch of salt. As of now, it is unclear if Samsung plans to launch the phone in any other memory configuration. Though, there are reports of an LTE model as well besides the 5G variant. As per the previous leaks, the Galaxy Z Flip 3 is expected to come in four colour options: white, black, olive green, and purple.

Despite a cheaper price tag, the Galaxy Z Flip 3 will offer various improvements over the original. The foldable is tipped to feature a larger cover display of 1.9-inch, and its inner foldable display is supposed to gain a 120Hz refresh rate. The rear of the device is said to come in a dual-tone finish with the cameras vertically aligned. An FCC filing has confirmed that the smartphone will have the latest Snapdragon 888 SoC under the hood. On the software front, it might run on OneUI 3.1.1 based on Android 11 out of the box.

With the launch date inching closer, we will likely hear more details about it in the coming weeks. What are your thoughts on Samsung Galaxy Z Flip 3 Price? Do let us know in the comments below.