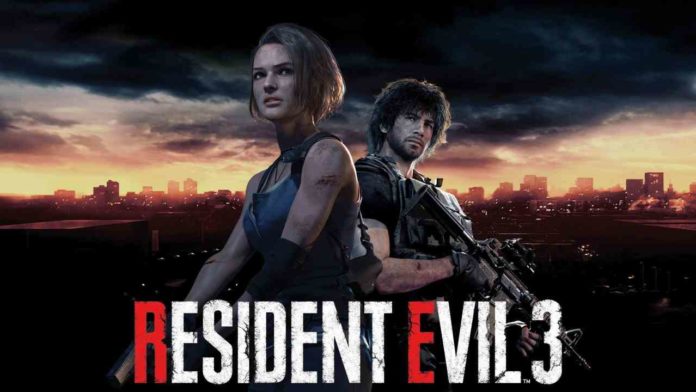 The much-awaited sequel to last year’s highly successful Resident Evil 2 Remake is now slated to release just a few weeks away on April 3rd, 2020. Capcom has released a short demo for Resident Evil 3 Remake that you can now download onto your console or PC/Steam and try out for yourself. Thankfully, it isn’t a one-shot demo like the last time where you could only play it once under a timer. This one can be played as long as you like.

We here tried it out on the PS4 and then the PC (on 4K Ultra settings) and can heave a sigh of relief – From the 30 minutes of game-play on showcase, it looks like Resident Evil 3 Remake is set to as good as the previous one, if not better.

Let’s talk about the meat of the subject here, literally, the all-imposing Nemesis. If you thought Mr.X was intimidating, well buckle-up and then some. The nemesis isn’t here to play, he’s the star of the show and he owns it with a big menacing face and a bunch of slippery tentacles. The original managed to make the game-play incredibly tense with his arrival as he would constantly patrol across Raccoon City and every time you heard “STARS”, you’d be lying if you said you didn’t pause the game at least once.

The developers have done a wonderful job at keeping him historically accurate, character model, voice and all, while simultaneously upgrading him into a modern video game iteration. He has some newer moves, like a terrifying ‘swooshy’ dash and jump, with him appearing in front of you out of nowhere and making you spill your drink, hopefully not that last bit. Mr.X was slow and imposing and rarely did he appear out of thin air, except in scripted sequences.

The controls are tight and feature certain much-needed upgrades. Jill Valentine can now dodge, much like in the original, which even allows for bullet-time if done right. Inventory items already present do not need to be stacked every-time they’re picked up. The knife isn’t a flimsy disposable weapon anymore. There are new environmental weapons in the form of exploding red barrels and electric boxes which can stun enemies. The rest of the good stuff from the RE 2 remake has been retained. Zombies are done perfectly, a faithful recreation of the city and a great representation of the characters blending nostalgia and modern elements.

The environment itself is gorgeous, with the RE Engine having been further enhanced and looking equally good at 1080p and 4K. You won’t be missing much by playing on the console, except having a more difficult time aiming. Sure, the ultra settings give it a much sharper feel, but the difference is minimal compared to certain other games. It’s a well-optimized game and runs at a smooth 60 FPS once set.

The Resident Evil 3 demo has a few little puzzles for you to complete as well. There are 20 hidden dolls across the level and a safe with a combination that can be found with some investigation. The overall feel of the game is great, and we hope the whole game retains this quality when it comes out. Capcom has done an incredible job with the past few games starting from RE7, and the remakes are making other developers take notice. (rumors of a Silent Hills reboot, the Final Fantasy VII remake of course and more)

Stay tuned, and stay safe, tucked away inside your homes with your hands washed, as we have a full performance analysis of the game and a review for you when the game is out.

In other news, Doom Eternal is out, and it’s great. Go grab it as you wait out for the pandemic to pass. We’ll have a review for it soon.