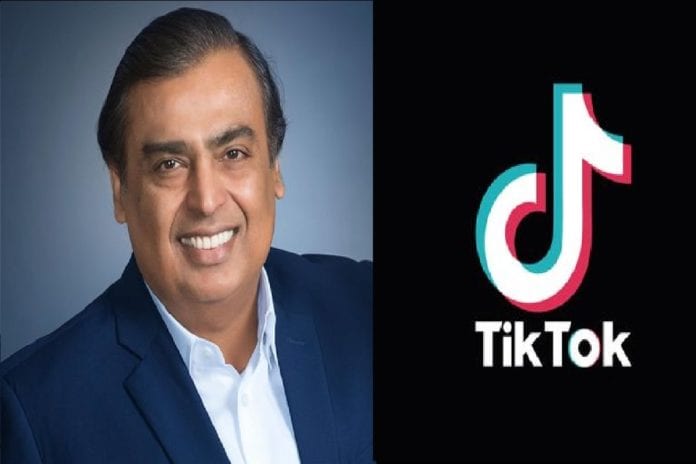 India had banned a host of Chinese apps almost two months back. TikTok was also one of the apps that were banned. It is reported now that Reliance India Limited has been in talks with Bytedance, which is the parent company of TikTok, to acquire the video-sharing app in India.

The video-sharing app had gained popularity in India and all across the globe. Post the ban there has been an uproar on the social media and elsewhere.

ByteDance has been under a lot of pressure owing to the US ban of TikTok., Now the company wishes to sell off the business to Reliance as it is still unsure about how to conduct its operations in India. In the month of July, both ByteDance and Reliance have had ongoing talks about the same but nothing has been finalised as of yet. Reliance acquiring TikTok in India could potentially lead to a situation where things might just start to look up for the parent company again.

According to the reports by TechCrunch, the valuation of TikTok’s business in India is probably more than $3 million dollars. This is not unknown that India has had millions of people using TikTok, according to several reports on the internet, India is the biggest market for TikTok, right after China. India’s ban on the app has been a huge blow to ByteDance.

India had a whopping 200 million users on TikTok. ByteDance has 2,000 employees who are dependent on how well this deal works out. There has not been any official statement as of yet and neither of them have decided to comment on the same.

Reliance India Limited’s Jio has been exceedingly popular with their platforms in the country and if this deal takes off then experts have reasons to believe it might do wonders to both ByteDance and Reliance. Reliance’s Jio has about 400 million existing users and also has some major investors who could revive TikTok. Reliance also has ties with Facebook and Google who could considerably change the fate of TikTok.

With Reliance deciding to invest and acquire TikTok in India, the government which has banned TikTok owing to security breaches, would also come around and the app could be back running in the market before we know it. However, this is just a speculative report as there has not been substantial and official information on the same. Keep an eye on TechQuila for further information.