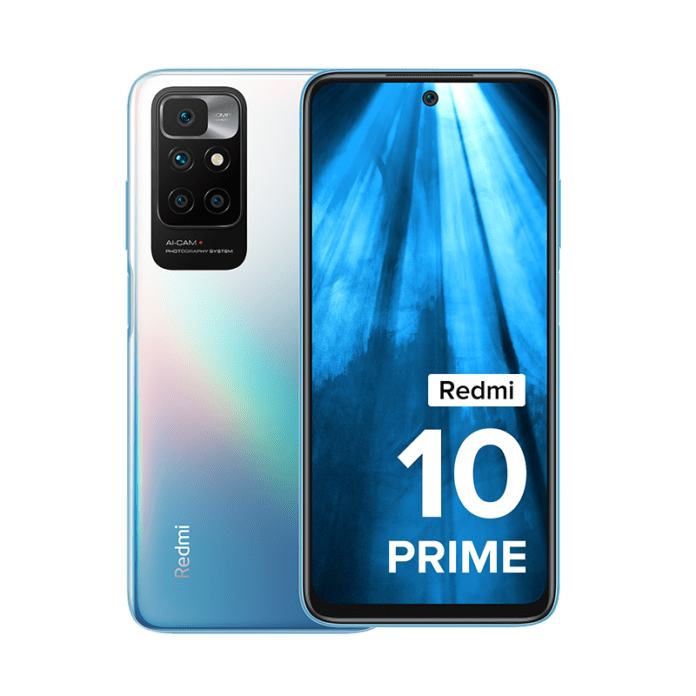 India’s most popular smartphone brand, Mi India, has launched its first phone featuring a 50 MP camera, the Redmi 10 Prime. In its new line of budget smartphones, the company offers many new features on the phone for a relatively low price.

The newest phone by Mi contains a large 6.5” Full HD+ Display along with a 90Hz refresh rate that allows for smooth scrolling and viewing experience. It has been paired with the AdaptiveSync technology, allowing for content frame recognition and altering the refresh rate to match the content frame. It also comes inbuilt with Reading Mode 3.0, an upgrade to a familiar feature to most Mi users that reduces eye strain even further.

The Redmi 10 Prime Pro is powered by the Mediatek Helio g88, in the first outing for the processor in India. It was built using the 12 nm process technology and features two Arm Cortex-A75 CPUs operating up to 2GHz and six Arm Cortex-A55 cores operating at up to 1.8GHz. It has been paired with the Mali G52 GPU, which is 30% more battery efficient when compared to its peers.

Speaking about the battery, that is one of the selling points of the Redmi 10 Prime, being a massive 6000 mAH that can last for days upon end. Despite being that powerful, it is being touted as weighing only 190 grams. It also supports 18W fast charging and comes with a 22.5W charger out of the box.

The phone will also feature a unique attribute. The standard 4 GB and 6GB rams will be expandable by up to 1 GB for the former and 2 GB for the latter. It is an upgraded feature of memory extension that will help heavy users a lot more than light users. Incidentally, the Redmi 10 Prime storage will either be 64 or 128 GB, depending upon the version.

The belle of the ball and the phone’s best feature is its massive 50 MP camera that is the highest the company has ever done. It comes alongside an 8MP ultra-wide camera, 2MP macro camera, and a 2MP depth sensor. It also enables the user to capture photos in a wide range of brightness and contrast, making for a phenomenal camera experience.