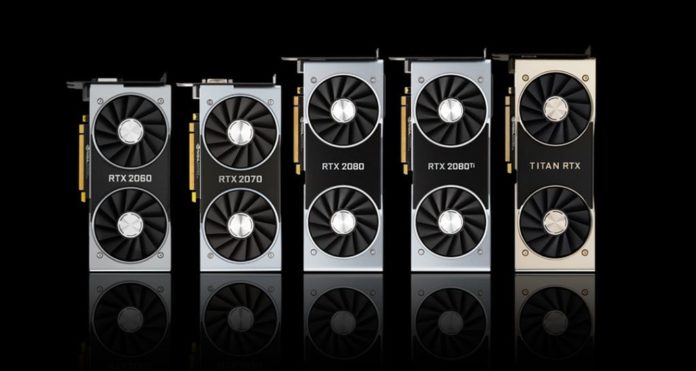 Rage 2 was one of the more anticipated titles from Bethesda in the recent past. We reviewed the game yesterday, and you can read our opinion of it here. Rage 2 continues the company’s trend of supporting the Open Source Vulkan API (after Doom and Wolfenstein), and unlike the previous entries, here the Turing cards perform rather well. AMD doesn’t seem to have any advantage as such, but from our testing, it was obvious that the 10-series cards didn’t get the same treatment as their Turing brethren.

As already mentioned above, the Pascal architecture isn’t really “Vulkan-friendly”, but the Turing cards perform quite well and there seems to be no deficit between and green team, as we’re used to seeing in low-level APIs. The GeForce RTX 2080 Ti leads with approx 150FPS, the Radeon VII comes in second with around 120. AMD’s mid-range RX 580 performs quite well and proves that the Polaris part is quite potent despite being 4 years old. The GTX 1660Ti almost levels with here, once again indicating that NVIDIA’s newer architecture holds the advantage in Vulkan-based titles.

At 1440p, the lower end Turing cards and the Polaris parts become obsolete, and I’d recommend at least a GTX 1660 Ti or a Radeon RX Vega 56 if you are planning to play Rage 2 at this resolution. The GTX 1080 Ti with 74FPS seems like the ideal choice for 75Hz monitors, and the Radeon VII if not for its ridiculous price (of $699) would have been a viable option too.

At 4K, things get a bit hairy with none of the GPUs able to deliver a sustained 60FPS experience. The RTX 2080 Ti comes quite close, and with a hefty overclock might just suffice, but the rest of the cards demand some reduction in quality. The Pascal flagship manages just 36FPS while the Radeon VII is a mere 4 frames ahead. In the next section, we’ll explain which settings you should reduce if you are unable to get to the 60FPS mark.

Alright, let’s get down to business. Here are the graphics settings you need to dial down if you are getting lousy frame rates. First of all, as long as you have 4GB of video memory, you should be able to use the ultra textures without any trouble. Rage 2 isn’t really that demanding when it comes to VRAM. As for the other options:

Ambient Occlusion (SSAO): Ambient occlusion refers to the ambient shadowing where the casting object and the shadow overlap, and depending upon the algorithm used it can have a moderate to large impact on performance. Most modern titles use SSAO, and although NVIDIA’s HBAO+ has proven to be a more efficient choice, Rage 2 sticks to the former. We are not sure if it’s because of the API or the implementation, but AO is quite taxing in this game. So if you are short on performance, this is the first option you need to have a look at. Don’t disable it entirely, that makes the game look really ugly, reduce it to low or medium.

Dynamic Reflections: Screen Space Reflections or dynamic reflections is the rendering of real-time reflections in computer graphics. In traditional rasterization, only the objects present in the scene are reflected, and this is done by re-rendering them on transparent surfaces like water, glass or smooth metallic bodies. This is the second most intensive visual effect in Rage 2 and unless you have a beefed-up machine, we recommend turning it off.

Global Illumination: Global illumination basically controls how various objects in a scene are affected by different light sources. It doesn’t affect the shadows or AO but instead decides how light is reflected, and controls the of colored light from one surface to another. Next to SSR, this is the third most taxing graphics option.

If this isn’t sufficient to buoy your frame rates up to 60, then you can consider turning off player self-shadow, and perhaps anti-aliasing if you are playing at 4K. Turing down the resolution slider by 5-10% also grants a sizeable performance boost without much reduction in visual quality

So, that’s about it. If you think we missed something, do let us know in the comment section below!