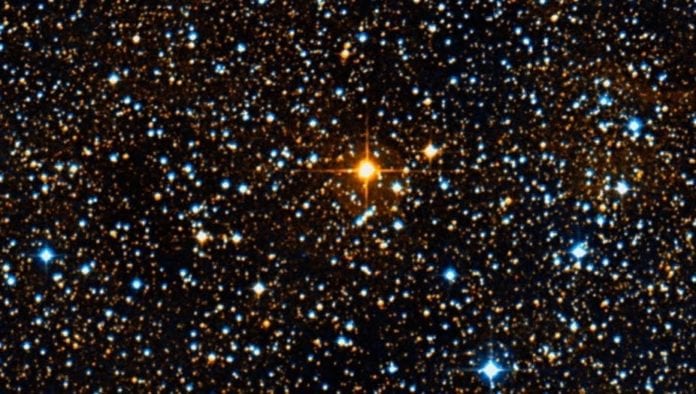 Radio signals are one of the most common forms of transmission media in use today. We have been using them to transfer information from one place to another for so long that they have become a staple in our daily lives. They are also useful for astronomers as they can be used to detect different kinds of objects in interstellar space. Another potential use of this age-old technology is in detecting alien civilizations, which is what has fuelled our drive to keep looking even after decades of disappointing results.

A new signal from Proxima Centauri might put an end to this unlucky streak. Researchers have reported that they have detected an intriguing radio signal from Proxima Centauri’s direction, which happens to be the nearest star to our system. The data and the following study on it have not been made public yet, but the researchers are reportedly preparing a paper on it. The signal is a narrow beam of 980 MHz radio waves, detected in April and May 2019 at the Parkes telescope in Australia. This marks the first time after the Wow! Signal that such a strong candidate for communication from an alien civilization has been found.

The telescope which made this discovery is part of the $100 million Breakthrough Listen project, aiming to hunt for radio signals from sources beyond the Solar system and possibly created using some technological means. The signal is also interesting because the 980 MHz band is typically lacking in human-made crafts and other sources of radio signals. This, however, does not mean that the source of this signal has to be an alien civilization. The signal also shifted slightly while it was being observed. This shift resembled the movement of a planet relative to Earth.

The Proxima Centauri system has one rocky planet that is 17 percent larger than Earth and is in the habitable zone of its star. The signal is now being referred to as Breakthrough Listen Candidate 1 or BLC1. While the study on the signal is still going on, there is a lot of doubt regarding the signal’s origin. While aliens might seem like the best solution to this problem, we do not know all the natural sources of radio signals in the Universe.

It will certainly be interesting to wait for the study on this signal. The researchers are currently trying to find all the possible explanations for the origin of this signal. Getting excited over this signal might prove to be a letdown because, like before, there may be a more mundane and unexciting explanation for this.