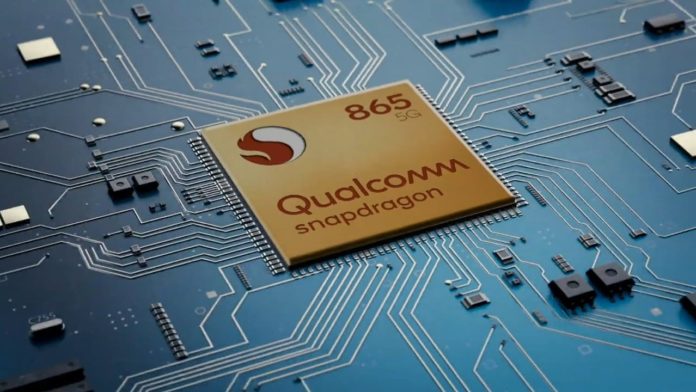 On the first day of Qualcomm’s Annual Snapdragon Tech Summit, the company unveiled two of its upcoming chipsets based on its new Modular Platform, the Snapdragon 865 and Snapdragon 765/765G.

The Snapdragon 865 is the flagship processor of the company and will act as the direct successor to the SD855. Meanwhile, the Snapdragon 765/765G is a new chipset with integrated support for 5G.

Qualcomm offered some insight into the components that will power the vast majority of Android flagships over the course of the coming year. The company’s Modular Platform offers carriers the tools to easily implement their own 5G technologies to the new chipsets.

Qualcomm hasn’t shared a lot of details about these new chipsets yet. As it’s planning on revealing them over the course of the next few days.

The Snapdragon 865 can be paired with the Snapdragon X55 Modem, which succeeds the X50 modem with a more power-efficient process. The X55 also has higher theoretical up/down speeds and supports SA/NSA networks. The X55 will also support both mm-Wave and Sub-6 GHz 5G networks with improved bandwidth on Sub-6GHz.

The Snapdragon 765(G) features an integrated 5G option, unlike the higher-end 865, which utilizes the separate X55 5G modem. The Snapdragon 765 and 765G are also said to offer enhanced capabilities such as HDR10 4K video recording and support for up to 192-megapixel camera sensors. They’ll surely become popular in mid-range affordable smartphones but it’ll take some time since many manufacturers are likely to continue offering non-5G options. Particularly in countries where carriers have been slower to adopt the next-gen network.